Beck x Phoenix are touring together this summer. Dubbed the Summer Odyssey Tour, the co-headlining jaunt will bring them to Viejas Arena, Tuesday, August 8th, with Jenny Lewis and Sir Chloe.

Eight-time Grammy-winning artist Beck’s last studio album, “Hyperspace,” was released in 2019. However, he has been collaborating with other artists including Cage the Elephant, Gorillaz and Sir Paul McCartney, as well as tour opener Jenny Lewis on the song “Do Si Do” from her “On the Line” album.

Tickets go on sale to the general public at 10 a.m. Friday, Jan. 27, at Ticketmaster.com. 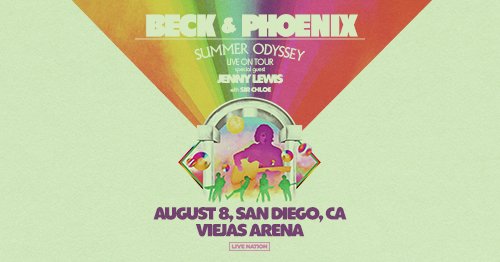