The Nissan Super Girl Surf Pro wrapped its 15th annual three-day festival event at Oceanside Pier on Sunday, crowing Team USA Olympian Caroline Marks with the coveted Super Girl cape – a tutle the 19-year-old phenom has been chasing since her first appearance in 2014. Marks came close several times, making it to the Semifinals in 2017 and 2019 and finishing as runner-up in 2018. She battled Hometown Hero, 16-year-old Caitlin Simmers, to victory with an incredible air reverse, sparking what the judges called “fireworks in the ocean.”

“It feels so good,” exclaimed Marks. “It was such a fun Final! I did the air reverse for the win, which was really special. It’s something I’ve been working on and I’m really stoked to pull it off. My goal, just in general, is to push the progression of women’s surfing, and everyone’s been surfing so good. It feels really great to come out on top and finally get the Super Girl cape.” 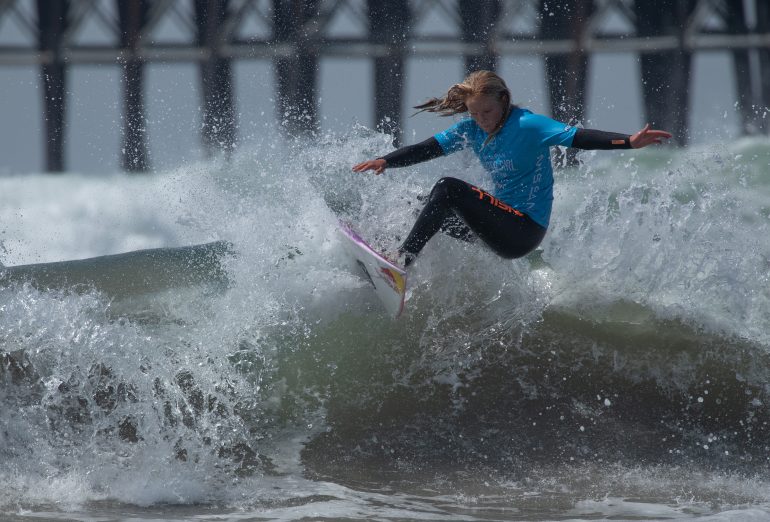 Oceanside’s Caitlin Simmers was just shy of clinching her second Super Girl win, taking the cape last year alongside Lakey Peterson in a specialty event with a team format.  “It feels really good to make another finals day but I wished I would’ve won,” said Simmers. “I would not have wanted to lose to anyone else but Caroline (Marks). She does the sickest airs.”

Sunday’s contest also featured world-class pro surfers Tatiana Weston-Webb, Coco Ho, Macy Callaghan, and The Ultimate Surfer’s Tia Blanco, coming up short to the next generation of talent, including Encinitas local, Alyssa Spencer, who made it to the semifinals against Marks by knocking off #2 ranked Weston-Webb.

Super Girl’s new Longboarding Competition also debuted Sunday on the north side of the pier, showcasing the skills of 2x World Longboard Champion, Honolua Blomfield; 2018 WSL World Champion, Soleil Errico; and many others in a star-studded field. Hawaii’s Kirra Seale took home the win and also the first Super Girl cape for the Longboarding division.

“Women’s adaptive surfing is rising,” said Vancouver’s Victoria Feige, an adaptive surfer in the Kneel Division. “We’re slowing moving towards the Paralympics, but we want to showcase what we can do on the waves and inspire more girls like us to get involved. I never thought I’d be good enough to surf in a competition like this and now I have two world championships. Surfing is really for anyone.” 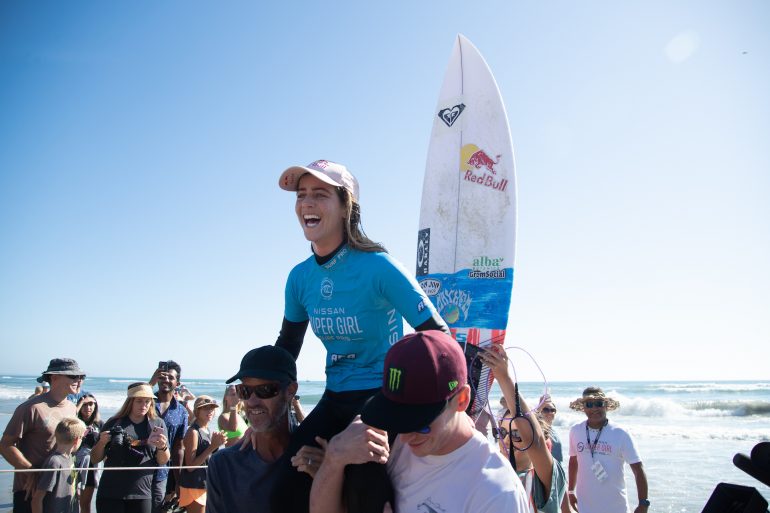 Female empowerment is always the theme at the Super Girl festivities. Sunday’s event included an inspiring leadership panel with Dr. Jen Welter, the first female coach in NFL History; Major Lauren Olme, an F16 Fighter Pilot and one of the first women to fly the B-1 bomber; Lisa Marie Ferrell, Lenovo’s Head of Communications; and Allyson Witherspoon, CMO of Nissan USA, along with the Super Girl Gamer Pro in the Lenovo Legion Esports Arena hosting a Women’s Valorant Tournament.

The event is proud to be supported by Nissan, in conjunction with the California Nissan Dealers, the U.S. Air Force, Jolyn, Paul Mitchell, Legion by Lenovo, Celsius, Venus, White Claw, the U.S. Marines, the Mission Pacific Hotel, Locals Only Vodka, Frontwave Credit Union and Visit Oceanside. 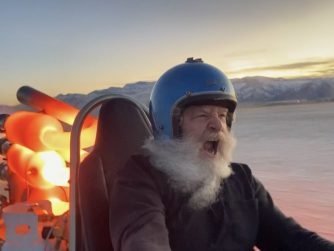 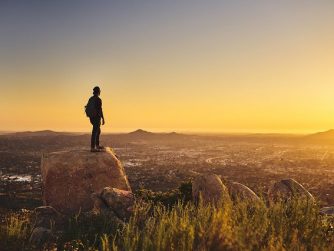