The following five U.S. states have legalized recreational and/or medicinal marijuana on Nov. 3, during the U.S. General Election.

New Jersey — Voters in New Jersey voted to approve Public Question 1, which legalizes recreational marijuana. The measure also approves a 6.625 percent state tax on all marijuana sales to only customers 21 years or older.

Arizona — Proposition 207 legalized possession of as much as an ounce of marijuana for adults 21 and older and set up a licensing system for retail sales of the drug, starting with the medical marijuana dispensaries operating in the state.

Mississippi — Voters in conservative Mississippi voted to legalize and regulate medical marijuana. The measure permits medical marijuana treatment for more than 20 specific pre-existing conditions. 2.5 ounces is also the new standard individual possession limit. There is also a tax on marijuana sales at the current state sales tax rate of 7 percent.

South Dakota — Voters in the U.S. state of South Dakota have chosen to legalize recreational and medical marijuana. Amendment A is a constitutional measure that would legalize marijuana possession and for the regulated use for adults aged 21 years and older. The measure permits the distribution and sale of marijuana at a 15 percent tax.

Montana — Voters in Montana legalized marijuana through Initiative 190. This measure imposes a legal minimum sales age of 21 years or older. 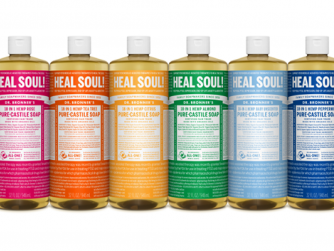