Iconic buildings and venues across the country, including dozens in San Diego, were glowing red Tuesday night as a S.O.S. to Congress to rescue live events. 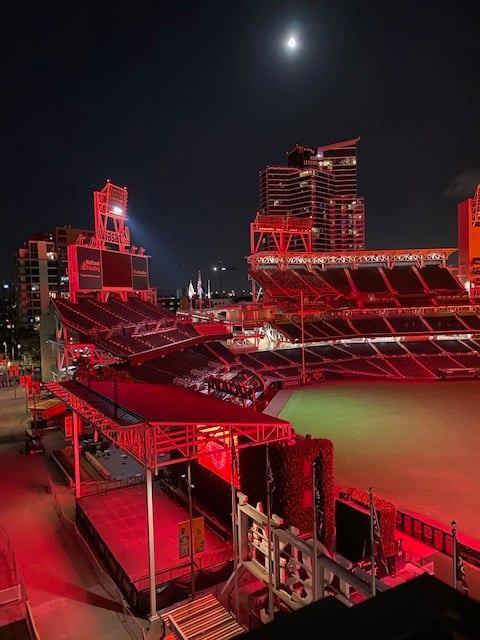 One of the hardest-hit sectors during COVID-19, the red lights signify sending up a flare on behalf of those who are currently unemployed and/or out-of-business.  Red Alert implores Congress to pass the RESTART Act to help small businesses, to extend PUA for 1099 workers, and extend the $600 FPUC benefits for displaced workers.

“In entertainment, we’re the first to go, and the last to come back” Jesse Hughes of Eagles of Death Metal said on a recent Cantore Show podcast. “In my opinion, it’s unnecessary.”

It is estimated that 96 percent of live entertainment, consisting of as many as 12 million people, are currently unemployed, furloughed or have lost up to 90 percent of their income. According to the San Diego Event Coalition, San Diego’s has 200,000 event professionals currently out of work.  The group insists San Diego is ready to move forward and get back to work safely.

Del Mar Fairgrounds tweeted a drone video and added, “Here at the Del Mar Fairgrounds, our Grandstand is glowing as we participate in the #RedAlertRESTART campaign happening across 40 cities and more than 1,500 buildings, iconic structures, across the U.S. right now.”

Here at the Del Mar Fairgrounds, our Grandstand is glowing 🔴RED🔴 as we participate in the #RedAlertRESTART campaign happening across 40 cities and more than 1,500 across the U.S. right now. #WeMakeEvents pic.twitter.com/jQQmqAw5Y8

Across the nation, other iconic buildings also joined the effort including the Chicago Theatre and the Ferris wheel at Navy Pier in Chicago, Madison Square Garden and Radio City Music Hall in New York, the Grand Ole Opry in Nashville and the Las Vegas strip.

On Labor Day, there will be a national demonstration to help spread the word.  In San Diego, the Live Events Coalition is planning on meeting at the county administration building and marching to the convention center. 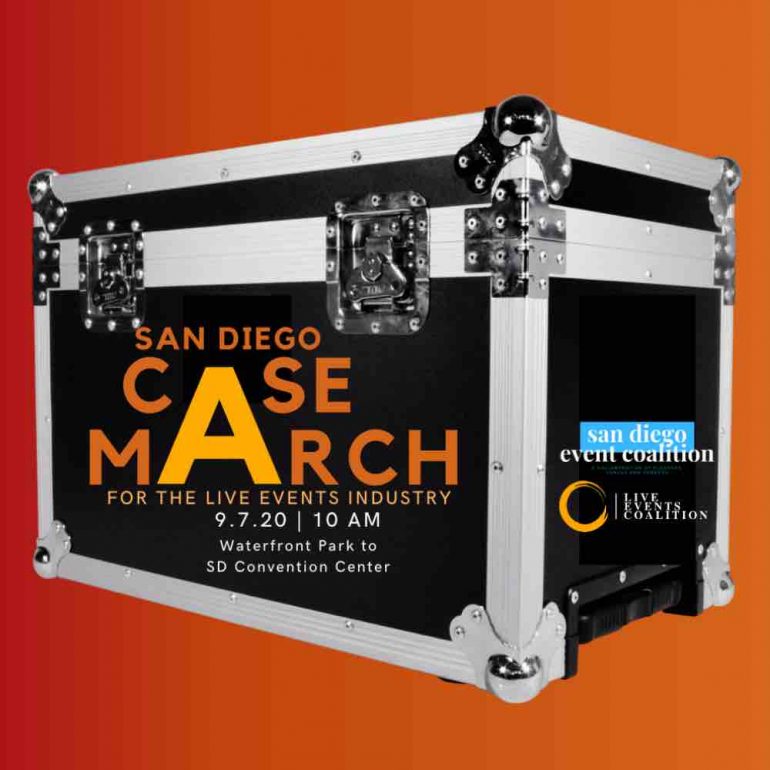 Named “A Case March,” attendees are asked to be responsible and wear a mask.