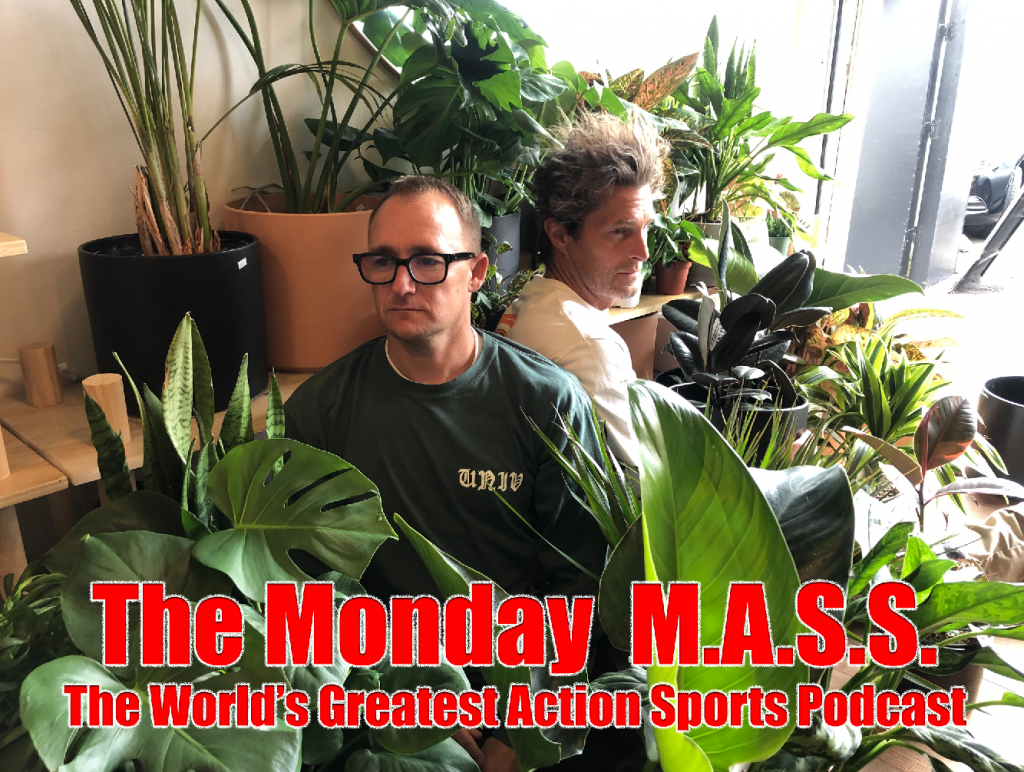 On this HOT (literally 100 degrees and muggy in our studio) episode of The World’s Greatest Action Sports Podcast, Chris and Todd talk about the 58th annual ECSC in Virginia Beach, a wild drug and human smuggling series of events, the incredible memorial paddle out for Blake Dresner, the Yeppon Wave Pool AKA The Plunger flexes overhead waves/tubes, Elliot Sloan’s house is going off, how can Tony Hawk hypnotize Todd in to skating vert again, New Gonz footage, Leandre Sanders on the 10-day road to going pro via The Berrics, Phil Shao Video, CJ Collins ripping new edit, champion Iouri Podladtchikov announced his retirement, snow season is coming back soon, lots of rad new shows dropping including The Boys, Raised By Wolves, new trailer for The Batman, all your questions, and so much more.