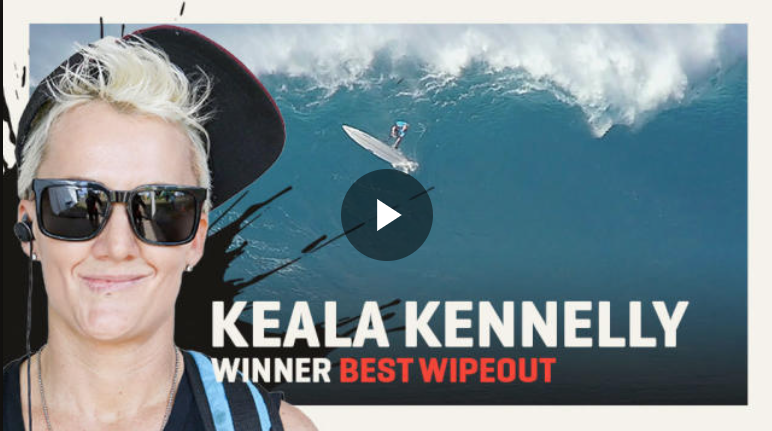 It was her fin free take-off at Jaws that quickly morphed into an aquatic, cement skipping, triple somersault down the face of Maui’s most notorious north side break that secured Keala this never-sought-after, but seriously revered, surf recognition.

Important to note, Keala has always been a freakin’ charger as well as a force for equal pay for women in surfing — AND the inclusion of more ladies onto the big wave circuit; she successfully pushed for women’s inclusion at the Titans of Mavericks.

No tuned in surfer can ever forget her epic barrel riding at Teahupoo (during 2011’s Code Red swell) or her frightening – face gouging – wipeout at the same break three days later. The physical scars from that wipeout healed, but it was the mental scars of that moment that took a few years longer to mend; and mend they certain did. Teahupoo holds nothing over Kennelly.

Surfing is only one facet of KK’s life. She has acted in various projects throughout the years, including the movie Blue Crush and HBO’s cosmically weird John From Cincinnati.  Keala also spins and mixes tunes under the moniker DjKK. Controlling dance floors across many oceans, DjKK is currently the resident DJ at the Swell Bar – Alohilani Resort in Waikiki — and Robert De Niro’s Nobu restaurant in Honolulu. 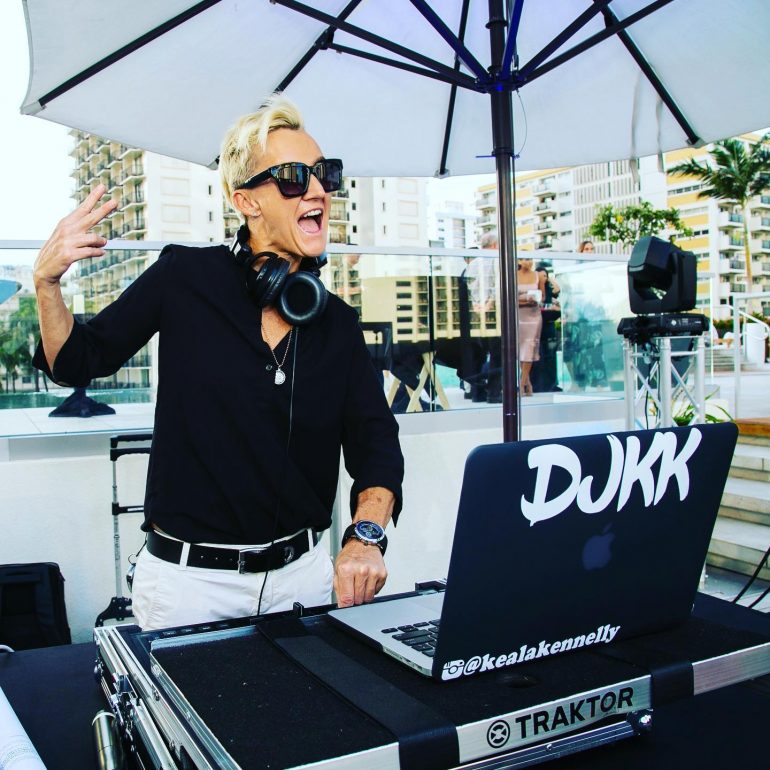 Big shakas and congrats to Keala! In honor of your award winning wipeout, I plan on sipping a colorful cocktail tonight while streaming your Soundcloud page – a “mix of Tropical “feel good” House, Tech House, Deep House, Indie House, Nu Disco, and Remixes.”