You may not know her by name, but you most definitely know this legend’s restaurants. 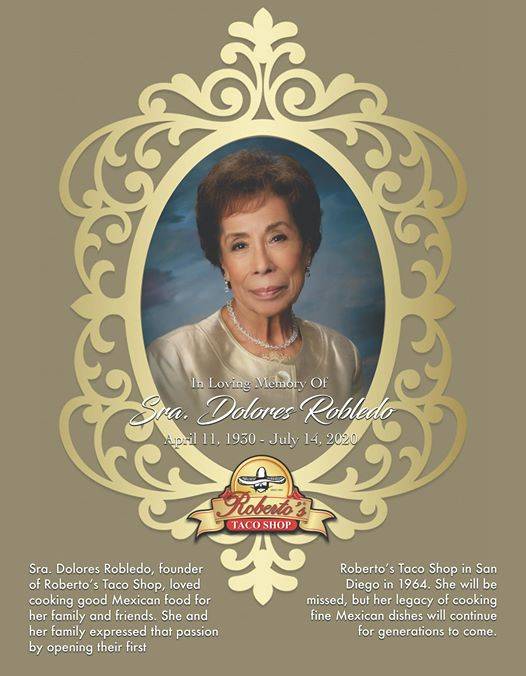 She and her husband, Roberto, opened their first taco shop in San Diego in 1964. The restaurant, yellow and red with an impossibly long menu, was an instant hit with locals.

In 1990, Robledo moved to Las Vegas and opened 57 restaurants in Nevada with her husband (who passed away years ago.) Today, there are 77 Roberto’s between California and Nevada.

“A life well lived deserves to be beautifully remembered,” the press release finished. “Dolores had been sharing her love for family and authenticity through each meal served. She has left the legacy of her love and perseverance.”