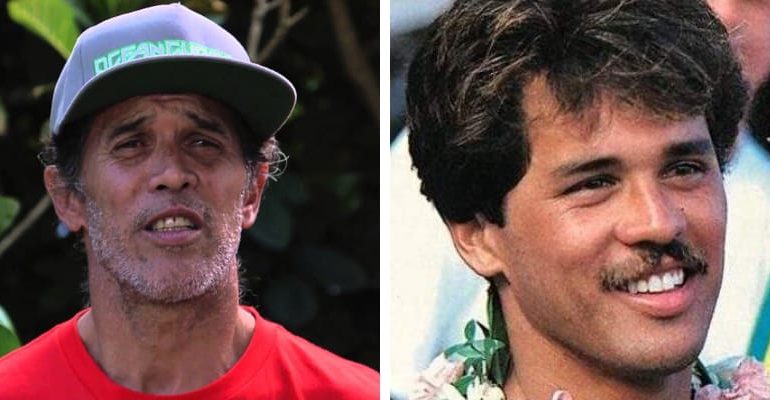 “Everyone who thinks of Derek thinks of Pipeline” friend and award-winning surf photographer Brian Bielmann told KHON2. “He’s been around so long that he had all the respect, he got any wave he wanted, deservingly so, and he was super stylish and smooth and because he’s been around all these decades he had that sort-of style from that era and he brought it into now.”

The World Surf League sent out the following statement:

“It’s horribly sad to learn of the passing of Derek Ho. A four-time Triple Crown Winner, a two-time Pipe Master and the winner of the 1993 World Title, Derek left an indelible mark on the international surfing world and has been a pillar of the North Shore community for five decades. Our hearts are with his loved ones. He will be missed. He will be remembered.”

Pro surfer x musician Landon McNamara shared an Instagram video, writing, “I love you Uncle D thank you for paving the way and being an inspiration for a GoofyFooter. The NorthShore, The surfing world, and Pipeline will never be the same again.”

You can see at the start of this clip me pulling back, and the only reason is because I saw Uncle Derek Ho going for it, and I’m not even gonna try to say I gave him the wave because in my eyes any wave he wanted out there was his, that’s the respect I had for him and how much of an idol he was to me. Im lucky enough to have shared sessions like this with him, some good times, and inspirational one liners he’d throw my way every now and than that I’ll never forget. I love you Uncle D thank you for paving the way and being an inspiration for a GoofyFooter. The NorthShore, The surfing world, and Pipeline will never be the same again. All my love going out to all the HO Ohana, if you need anything I’ll be there! R.I.Paradise Uncle D