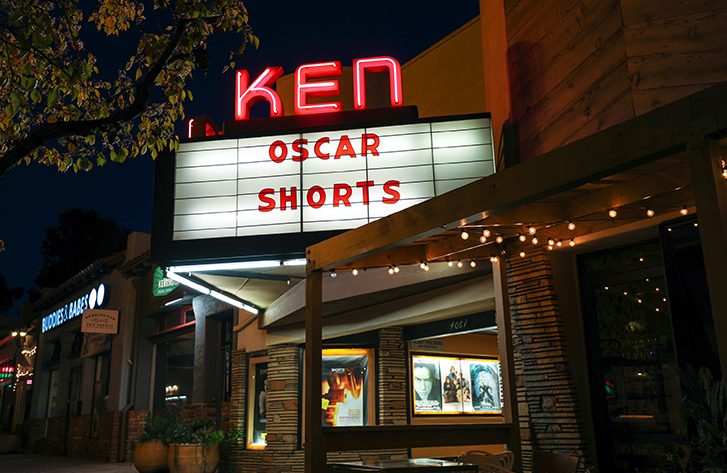 Oh-no!   Landmark Cinemas, the company that operates Ken Cinema, has announced the closure of the iconic single-screen theater.  The last day of operation will be March 22, 2020.

In an official statement, Landmark Cinemas said the following:

“After long consideration and much effort, we regret that we are unable to continue operating the Ken Cinema. The company recognizes what a cherished asset the Ken has been to the neighboring community. The changing theatrical landscape and challenges to independent exhibition are the major contributing factors.”

Designed by architect S. Charles Lee in Art Moderne style, the Ken Cinema opened in 1947.   It was restored in 1975 after being taken over by the Landmark chain as a showcase for indie films.

It’s time San Diego, to save the Ken Cinema — are YEW in?