Songs for the San Onofre Nuclear Generating Station, AKA the Nuclear Boobies 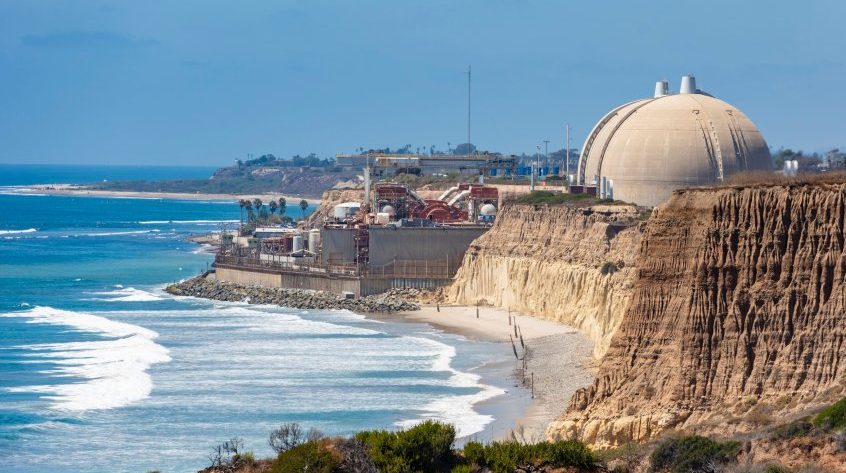 Rep. Mike Levin is headlining a program of bands and speakers to rally against the storage of nuclear waste near San Onofre State Beach.  Organized by the Samuel Lawrence Foundation, Songs for SONGS is set for 6 p.m. Feb. 24 at the Belly Up, 143 S. Cedros Ave., Solana Beach.

The free event is open to anyone 21 or older and includes music, satire and commentary on Southern California Edison’s storage of 3.6 million pounds of highly-radioactive waste at the decommissioned San Onofre Nuclear Generating Station, or SONGS — better known as the “nuclear boobies.”

“One of my top priorities is engaging communities around San Onofre on the future of the facility,” Levin said. “I’m thrilled to see so many concerned citizens raising their voices on this issue and I’m glad to participate in the Samuel Lawrence Foundation’s Songs for SONGS event.” 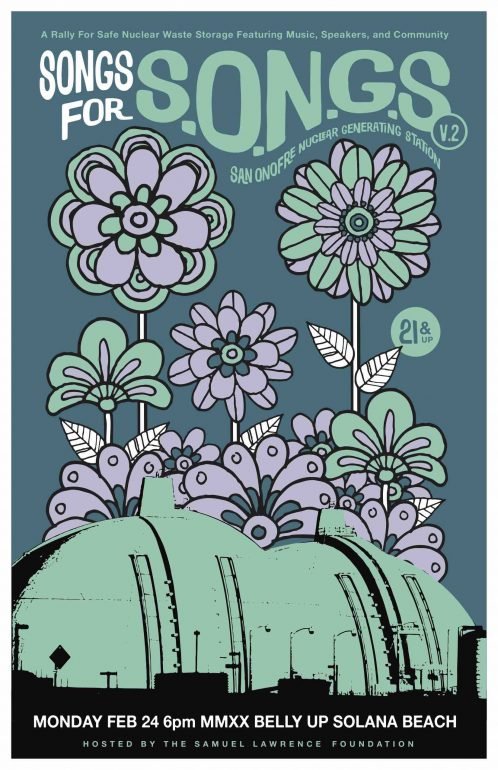 Songs for SONGS draws its inspiration from protest rallies of the 1960s and is designed to entertain event-goers and equip them with the tools they need to raise awareness and affect change. Attendees are encouraged to explore opportunities posted on the Patagonia Action Works online volunteer portal.

About 30 miles north of the Belly Up, the nuclear power plant at San Onofre closed in 2013 after massive equipment failures. The plant’s dome-shaped reactors are a landmark from Interstate 5 just south of the Orange County line.

As part of decommissioning, the utility and its contractor are packaging deadly radioactive waste inside of thin-walled canisters to store in an on-site vault. While the canisters are designed to last 50 years, the waste they contain can remain toxic for 200,000 years. The canisters cannot be sufficiently monitored, inspected, repaired or moved and are likely to be stranded at San Onofre for more than a century.

The Samuel Lawrence Foundation is calling for the waste to be repackaged in thick-walled canisters and for the utility to keep on-site facilities open where the material can be contained and handled if the storage systems fail.  A failure could imperil the health and safety of an estimated 8.4 million people within a 50-mile radius, experts say.

During Songs for SONGS, an all-ages simulcast of the event will be screened at Oceanside High School, 1 Pirates Cove Way, Oceanside. The livestream is being presented in cooperation with teachers, community members and Patagonia Action Works.

Songs for SONGS will be livestreamed on howlive.tv, and available for general viewing for those unable to attend the events.