On this week’s episode of the Monday M.A.S.S., Chris and Todd talk about the cbdMD Jaws Big Wave Championships, Albee Layer’s wipeout, Billy Kemper, Paige Alms, the American Olympic Race with Kelly Slater vs. John John Florence fighting for the last spot! Also, the Pipe Masters has all kinds of implications for Italo Ferreira, Gabriel Medina, Kolohe Andino, and the rest of the remaining surfers, could be firing for the final day! In other Olympic news, Teahupo’o is where the surfing portion of the summer games will be held, Tony Hawk is now in the California Hall Of Fame, Woodward’s ‘Mano a Mano’ is happening now and it’s awesome, we’ve got an interview with Jason Bennett of Chemistry Surfboards, there’s a new video game coming out featuring skateboarding birds called “Skatebird”, Kyle Berard on The Nine Club, Blondey McCoy has a new clear shoe out, Watchmen is the best show currently on TV, Danny Garcia’s new album is great, Star Wars is coming and Todd has a boner. Chris and Todd also answer your questions and talk Holiday spirit. Love you, bye.

On this episode of The World’s Greatest Action Sports Podcast, Chris and Todd get the amazing Condor, AKA, Pete Mel, on the phone to talk...

On this episode of The World’s Greatest Action Sports Podcast, Chris and Todd talk to Josh Kerr about the SUPERSWELL California, Hawaii... 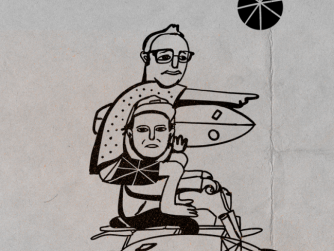 On this episode of The World’s Greatest Action Sports Podcast, Chris and Todd talk to we talk to Parker Coffin about his horrible near...