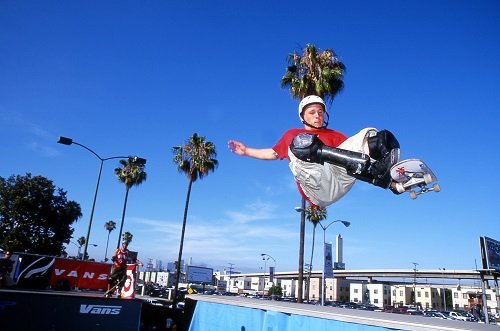 The skate world is mourning the death of Jon Comer, 43, the first professional skateboarder with a prosthetic limb (due to an amputated lower leg.)  Born and raised in Dallas, Texas, Comer was featured in the award winning documentary “Never Been Done,” winner of best feature film at the San Diego Film Festival.

Earning the respect of skateboarding legends Tony Hawk, Steve Caballero, and Mike Vallely, Jon was known for his success, determination, and inspiring generations of adaptive skaters.

An absolute legend, sadly, Jon Comer died at the age of 43 due to unknown causes.

It’s very sad to learn of the passing of Jon Comer. He was an extremely talented skater regardless of physical challenges. I have fond memories of skating and snowboarding with Jon; he was always in good spirits and had a great sense of humor (he covered his prosthetic with stickers and claimed they were his “tattoos”). My condolences to his friends and family. He was a true inspiration (swipe for examples)