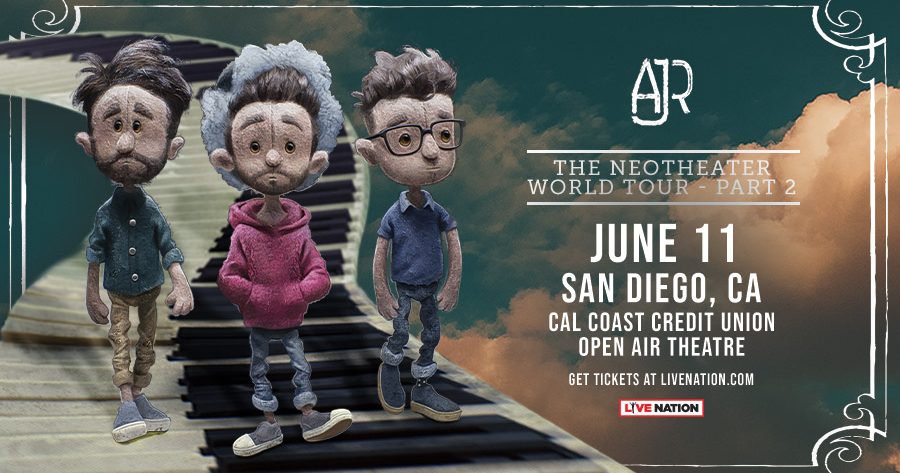 With three consecutive Platinum-certified singles, 3 top 5 Alt radio singles, a gold album and over 2 billion streams, AJR adds another achievement of hitting 1 million followers on Spotify this month.  The pop-alt-rock trio’s current single “Dear Winter” just hit 30 million total streams and is now in rotation on over 100 radio stations across the country.

Tickets to the NEOTHEATER WORLD TOUR PART II are on sale to the general public beginning Friday, November 22 at 10 a.m. at LiveNation.com.  Or, try to win a FREE pair below.