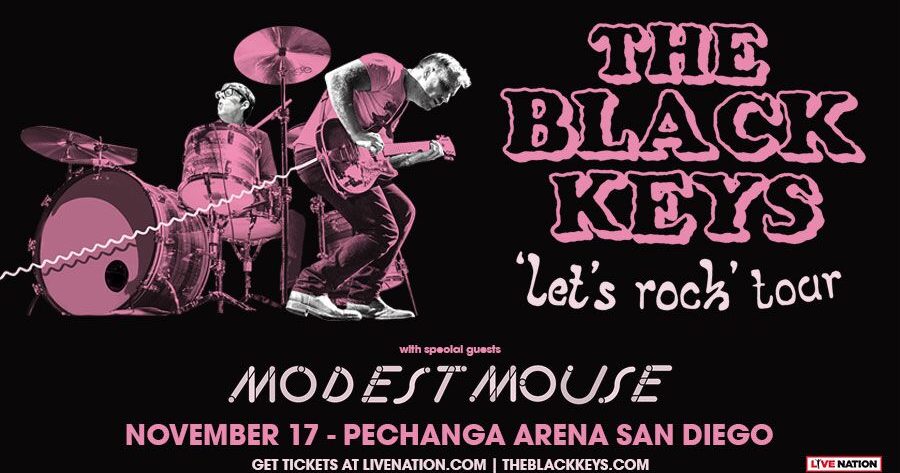 After rehearsing for their current “Let’s Rock” tour in San Diego, The Black Keys return to SD to rock Pechanga Arena on Sunday, November 17th.  Joined by special guests Modest Mouse, The Black Keys debuted a new song “Lo/Hi” this year, the first new music from Dan Auerbach and Patrick Carney since their 2014 album, Turn Blue.

Since their last album together, both Auerbach and Carney have been creative forces behind a number of wide-ranging artists: