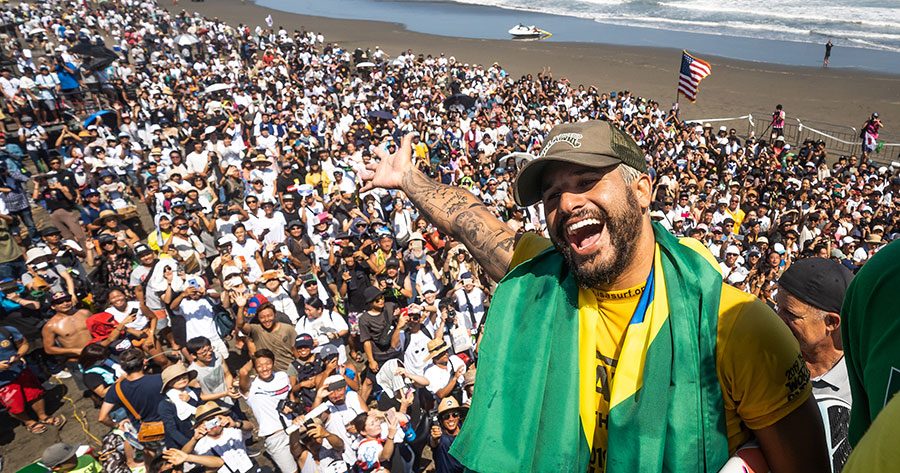 What a yew-worthy storyline for Brazil’s Italo Ferreira.

Just days before flying to Japan to compete in the 2019 ISA World Surfing Games, dude gets his passport “stolen” — because a surfer would never lose one. Then, after an 18 hour flight delay, the 25 year old had to borrow a board from Filipe Toledo and dominated his heat while donning jorts (jean-shorts.)

In the above IG post, Italo Ferreira said the following about overcoming pre-contest drama with a perfect-10 wave.

I love surfing and I try my best to perform well underwater and even in the most difficult times I seek strength in God and go up.

There’s a lot to roll over there, but for me, getting here has been a victory.

So if you have a problem in your life, DO NOT GIVE UP. BELIEVE! In the end, it will be alright, just believe it is possible.