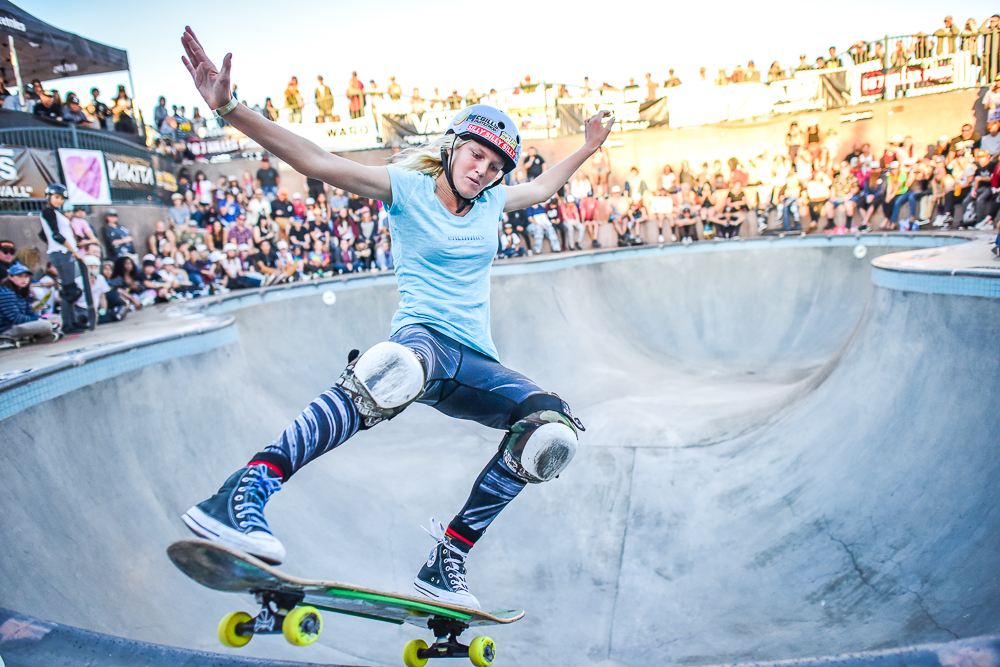 From the very first skate park, the Carlsbad Skatepark, which opened on March 3, 1976 until now, San Diego has been at the forefront of the skateboard world. While free, public skate parks all but disappeared in the 90s, now there are several dozen located around the county.

It is among these concrete bowls and tabletops where the careers of some of the most influential skateboarders in history – Tony Hawk, Christian Hosoi, Danny Way, Alphonzo Rawls and countless others – were launched. San Diego also birthed the modern skateboard industry. Brands such as Transworld, DC, Toy Machine, Zero and dozens of others have called San Diego home because of its rich skateboard community.

Here is a list of the best free skate parks the San Diego area has to offer.

The OG park that started the modern movement. When it was built in 1998, there was only one other park under construction. While not as new as the other city parks, its location and access to all skill levels keep it legit.

This is Chula Vista’s best skate park. Its bowls and street course make it appealing to all skill levels. There’s nothing too big here to be intimidating, so bring the kids out for a fun day.  This is a great skate park that is very well maintained and operated by the Boys & Girls Clubs of South County.

For such a small footprint, this park has an impressive amount of good stuff to offer.

If you walk around the lake you would almost miss it if not for 45-year-old dudes with bad tattoos and the sounds of Social Distortion playing on the ghetto blaster.

This is a fun park and was one of the first public, free parks built in the early 2000s. It’s been a community asset for years and is a huge asset to the area’s youth. This park has produced more pros than any other in the county. This is what a community park should be.

This park opened in late 2013 and is a great community park. It gets really crowded on weekends and there are a lot of little kids to keep an eye on, so be cautious.

San Diego’s newest park, at 34,000-square-feet, it’s one of the largest in the city.  Accommodating skaters of all levels, it includes a variety of rails and a full 360-degree pipe. The insane layout also includes a pedestrian bridge that offers spectators an eagle-eye view of the action.

Local skateboard pro Willy Santos helped get this park approved and built. It has a great layout with something for everyone. This is a great example of a city working with skateboarders to get it right.

One of the newer parks around San Diego County, it straight up rips. It has fun bowls, great transitions and is great for all skill levels. It’s always packed with lots of locals and Oceanside skate pros, so bring your patience and leave the little ones at home.

This park was 15 years in the making and it doesn’t disappoint. The 13,000 square-foot skate park is part of the 44-acre Encinitas Community Park that opened at the beginning of 2015. Cheers to local Encinitas skateboarder Tommy Barker for keeping the dream alive and lending a big hand in getting the park built.

This is the gnarliest park in Southern California. Unlike the other parks in the city, this one was built by a small group of skateboarders who formed a nonprofit, raised all the funds and did all the work themselves. It’s widely known as one of the best skate parks in the world. Caution: Rippers only.