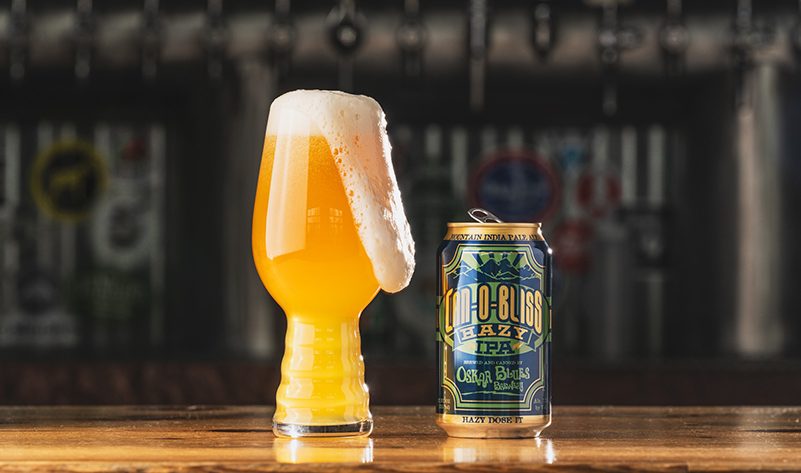 Oskar Blues Brewery has announced the release of Can-O-Bliss Hazy IPA, the newest blissful creation in the Can-O-Bliss IPA Series.

The unusual pantheon of five primo hop varietals results in a hop-forward beer packed with flavors of peach, nectarine, cantaloupe and white wine. The effort and innovation it takes to cram this much hop flavor into a beer is no little thing – massive hop-driven fruitiness and aroma are the result of heavy late hop additions during the whirlpool and dry-hop stages.

“This beer doesn’t set out to be a ‘New England’ style,” said Oskar Blues Head of Brewing Operations, Tim Matthews. “The bitterness is forward, but elegant. The mouthfeel is thorough without being fluffy. The beer focuses on intense hop loads that are extracted to create a long-lasting hop haze.”

Look for Can-O-Bliss Hazy IPA on draft and in 6-packs and 12-packs of 12oz cans nationwide.