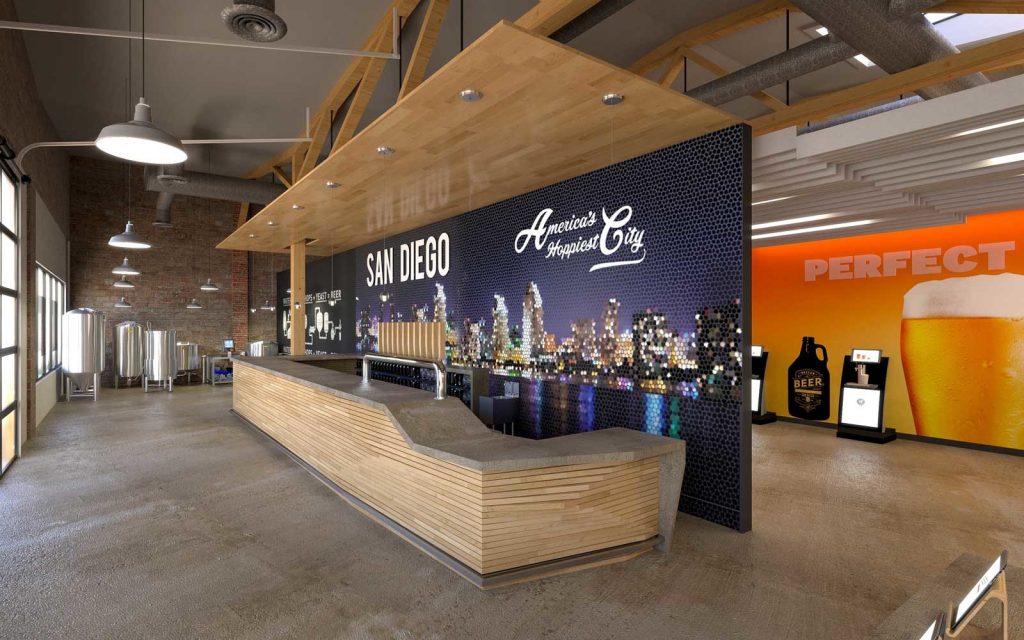 A team of San Diego beer fans / entrepreneurs announced plans this week to open the San Diego Museum Of Beer (MoB) in the East Village.

But, what about beer?

With endorsements from some of the biggest names in the local beer community (and Tony Hawk,) the Museum Of Beer will have a tasting room with 65 taps and multiple interactive exhibits on topics including brewing, international beer styles, and the history of San Diego’s craft beer industry.

“San Diego is home to many of the world’s finest craft breweries and the Museum of Beer will be the place to tap into all that our region’s beer scene has to offer,” he said. “It’s been a long time coming and I hope all beer lovers will visit the museum for a taste and experience of what’s brewing right here in America’s Finest City.”

The Museum of Beer strives to be downtown San Diego’s “Beer Welcome Center,” the central hub and first stop that everyone comes to when they want to begin the ultimate hands-on San Diego beer journey.

As rad as it all sounds, the project needs your help.  Looking to raise $150,000, the five co-founders launched an Indiegogo campaign this week to help with the construction of the 10,000+-square-foot facility — and, get a VW Bus promotional vehicle?!? Hit YEW! up, dudes! Donors to the campaign can receive San Diego Museum Of Beer shirts, pint glasses, coasters and tickets to the museum’s opening night.

The museum team is hosting a community forum at Amplified Ale Works in the East Village on April 15th at 7 p.m.