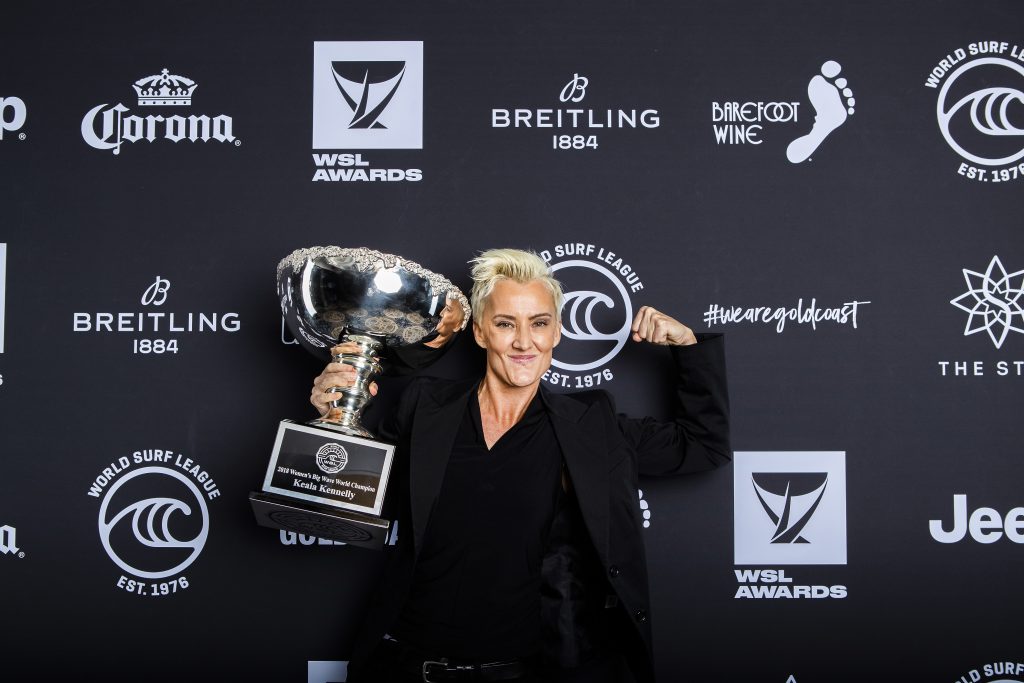 “I cartwheeled and thought I broke my neck,” the 40 year old pro told The Inertia. “The wave pounded me and just ripped my leg so hard I thought it was gonna get pulled out of my hip joint.”

Even more impressive than winning the World Surfing League’s top honor, her acceptance speech.  Kennelly spoke powerfully about her long journey to world champ as an openly gay athlete.

I needed to dream bigger because now I get to be the first openly gay World Champion.

“I needed to dream bigger because when I was 25, I was hiding in the closet, soaked in shame, living in fear, and I hated myself because I did not think you could be World Champion and gay at the same time. I needed to dream bigger because now I get to be the first openly gay World Champion. I get to be proud of who I am and I get to love myself exactly as I am, not as people would want me to be. And it is my hope that I am going to inspire other LGBT athletes that are suffering in silence to live your truth.”

Check out the speech below.

Keala Kennelly is a founding member of the Committee for Equity in Women’s Surfing.