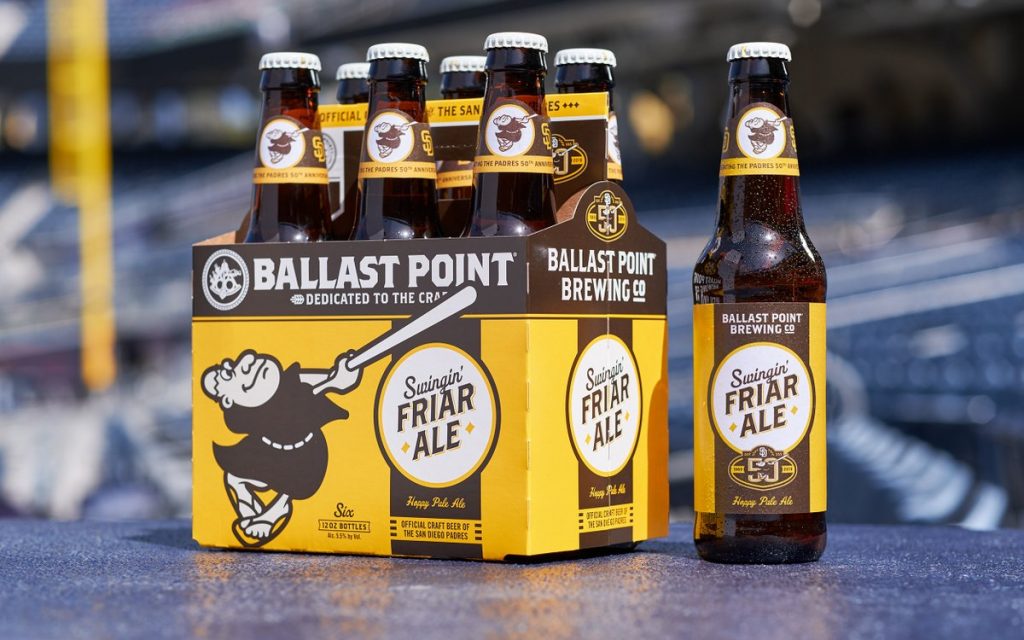 Unveiled today at Ballast Point’s Miramar brewery (video below,) the 100% Simcoe-hopped pale ale is designed for easy drinking.  In other words, it’s the perfect beer for a day at Petco Park, but still packs the hops San Diego is known for.  Named after the Padres’ iconic Friar mascot, Swingin’ Friar Ale packs aromas of grapefruit and citrus, complemented by a crisp, “biscuity” finish.