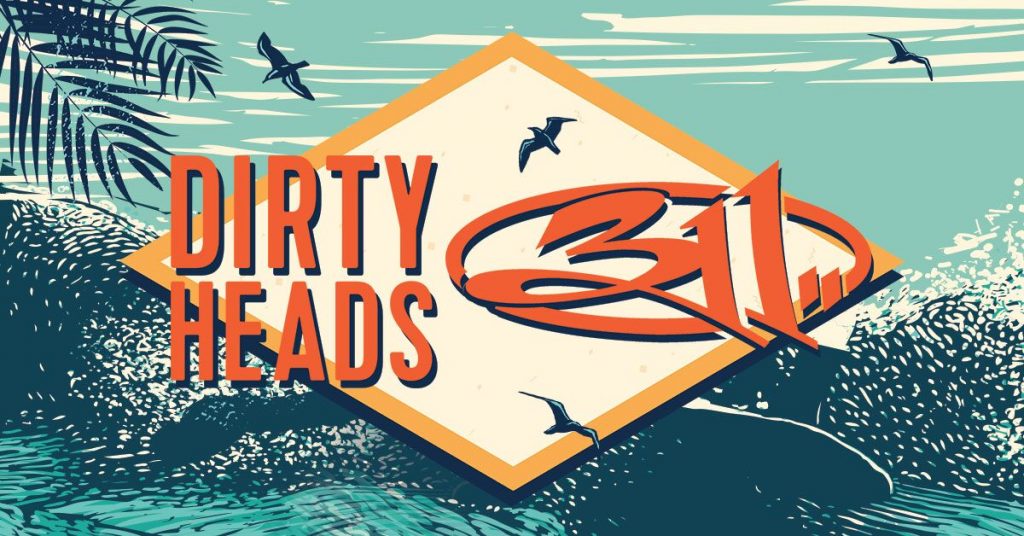 311 and Dirty Heads are joining forces to bring their hybrid alterna-jams to amphitheaters nationwide this summer. With special guests The Interrupters in tow, it’s destined to be a great night of alt rock / reggae / and hip-hop stylings. Dreamers and Bikini Trill will also join the tour as support.

Stopping at North Island Credit Union Amphitheatre in Chula Vista on August 11th, tickets are on-sale NOW (*enter to WIN a pair below.) Important to note, the headliners have partnered with PLUS1 so that $1 from every ticket will go to organizations bringing dignity, equity, and access to communities who need it.

311 just dropped their feature film, Enlarged to Show Detail 3, in 240 cinemas on 3/11 and their forthcoming album is now available for pre-order.  Concurrently, Dirty Heads announced that they’re “putting the final touches” on their seventh studio album with Grammy award-winning producer Dave Cobb.