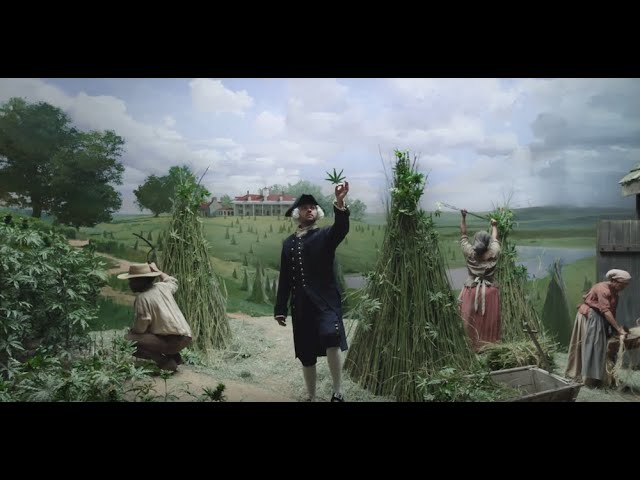 MedMen, a publicly traded, LA-based cannabis company, made history this week with the debut of the first-ever big-budget cannabis commercial, The New Normal.

Following the tumultuous history of the plant, the two-minute spot (seen above) chronicles society’s evolving perceptions of the plant, from pre-prohibition to the modern industry of today. While looking back through America’s history, from George Washington’s hemp farm, to Reefer Madness propaganda, The New Normal takes the audience on a journey through the injustices of the past and a hopeful view for the future.

Spike Jonze commented: “When I read the premise about telling the story of the history of cannabis and our country, there was something that moved me about it. I apologize for using such a 2010’s word, but it felt healing to me. I didn’t know much about the specifics of the history, but as I learned about it, I felt like it was a story of a very dysfunctional couple. The relationship started in such a healthy place, with even our Founding Fathers having hemp farms, but it got so tragically messed up in the 80 years of prohibition that we couldn’t see straight. It was shocking to just sit in all the stories of so many people and so many lives that were unfairly hurt by the prohibition and the fear that was stoked by it, especially people of color. And it wasn’t just their lives, it was their families, too.”

Jonze continued “And now we are starting to come out of it. We are at that point in a relationship where a couple is calming down after a fight and realizing how irrational they were and trying to make amends. I’ve never been into pot much or a huge advocate for legalization, but I’ve always supported it because it seemed absurd for the reasons we all know. And it always felt inevitable. But getting to do this, I got to learn the bigger picture of the whole story. I feel so hopeful, but the thing that sticks with me and upsets me is that there are still so many people that are still locked up for this plant that is now legal in so many places. That doesn’t make sense.”

Visit MedMen for more on The New Normal and the history of cannabis.