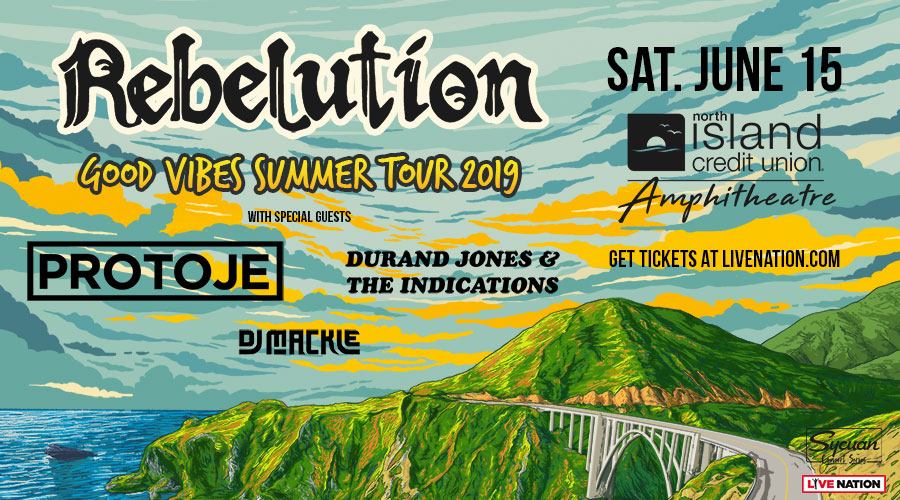 Ever expanding and reaching wider audiences, the Rebelution phenomenon continues to spread good vibes on tour, and in the studio. Free Rein, their sixth studio album, while still rooted in the Jamaican inspiration that Rebelution’s songs and sounds have always paid homage to, takes experimental leaps and new adventures too, welcoming old fans and new audiences alike.

Rebelution formed in Isla Vista in 2004 when a group of college friends discovered a mutual love for reggae. After their debut album Courage to Grow reached #4 on the Billboard reggae chart, there was no stopping them. Many more releases followed, and in 2012 Peace of Mind debuted at #13 on the Billboard Top 200, hit #1 on both the Reggae and Independent charts, and was the #4 iTunes album overall. 2014’s Count Me In made an even bigger splash than its predecessor, entering the Reggae chart at #1 and the Billboard overall chart at #14. Then came the Grammy-nominated album Falling Into Place and the Rebelution concert experience, Live At Red Rocks.

Purchase tickets HERE or WIN a pair for YEW and a friend > http://events.yewonline.com/events/2019/6/15/rebelution