Aloha Sculpin Is Back 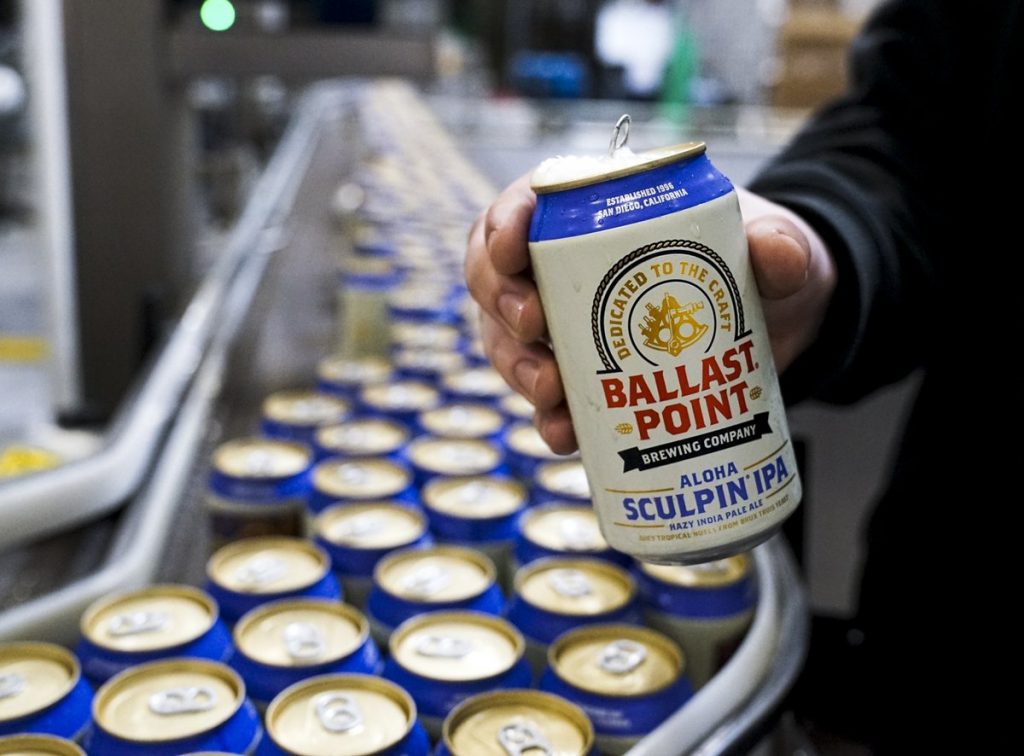 Freshie, anyone? One of Yew’s favorite seasonal releases, Aloha Sculpin, is back this Spring / Summer 2019 and, for the first time, it’s available in cans.

Aloha Sculpin IPA features a distinct yeast strain known as Saccharomyces “Bruxellensis” Trois, or Brux Trois, turning the flagship IPA into a tropical oasis with aromas and flavors of guava, mango, and pineapple without any fruit additions.

Not only does this yeast strain add a unique flavor profile to the brew, but its use in Aloha Sculpin marks the first time an IPA brewed with Saccharomyces brux Trois is being packaged and made available nationwide.

“We’re always experimenting with new ingredients and methods,” said James Murray, vice president of brewing at Ballast Point. “Most brewers tend to experiment with hops for flavor and aroma. But when we tasted the guava, mango and pineapple notes from this yeast in other R&D recipes we brewed, we knew it would really enhance the bright, tropical fruit characteristics already present in Sculpin IPA.”

Innovation is a part of Ballast Point’s DNA and has been a critical part of the brewery’s success dating back to the days of Home Brew Mart. As a pioneer in the San Diego craft beer movement, the brewery currently makes over 50 styles of beer, each with innovation and quality in mind. Experimenting with Brux Trois yeast is a testament to this focus.

This strain is a bit finicky

“This strain is a bit finicky,” said Lauren Zeidler, director of quality at Ballast Point. “It’s very particular about what it likes and doesn’t, so we had to get to know its preferences and adjust accordingly. It was a unique challenge, but it made the brewing and batch scaling even more of a satisfying accomplishment.”

The original Sculpin IPA launched in 2005 and has since become the hallmark of the west coast-style IPA, winning gold medals at the World Beer Cup (2010, 2014) and European Beer Star (2010, 2011). Years later, the Sculpin family has expanded to include Grapefruit, Pineapple, Habanero, Unfiltered – and now Aloha Sculpin.