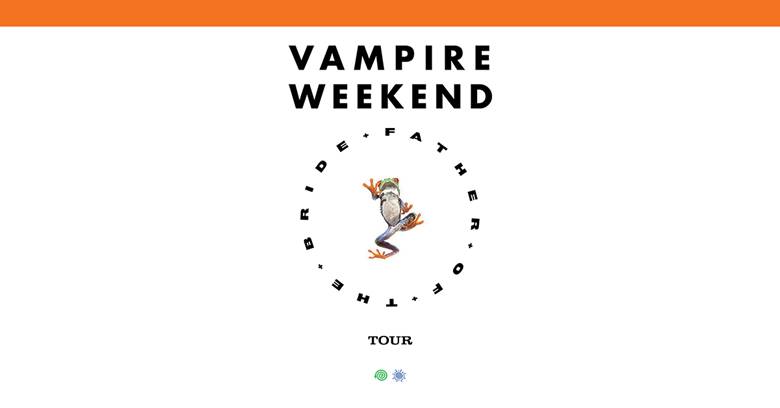 For the first time in moons, Vampire Weekend has confirmed a North American tour, running May 17 through October 8. The Father of the Bride Tour will feature the band’s biggest headline shows to date, including a September 6 stand at Madison Square Garden, an October 2 stop at the Hollywood Bowl, and festival headlines including Hangout in Gulf Shores, AL and Firefly in Dover, DE.  Full itinerary below.

Last week, Vampire Weekend released the lush songs “Harmony Hall” and “2021″ from their upcoming fourth album, Father of the Bride.

With a San Diego date set for October 3rd at CalCoast Credit Union Open Air Theatre at SDSU, tickets for the Vampire Weekend 2019 Tour go on sale to the general public Friday, February 8th at 12pm via LiveNation.com.