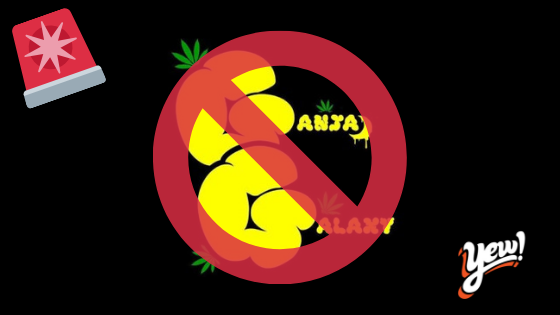 On Thursday, January 24, 2019, the San Diego Police Department conducted a raid on the popular local cannabis farmers’ market at Queen Bee’s Art and Cultural Center. The organizer of the event, Beefe, was arrested, and over 10 others were cited for cannabis sales without proper licensing or permits. Of course, this made most major local news outlets, reaching NBC7 as well as 10News, who were quick to air footage of blurred faces carrying mysterious boxes out of the event. San Diego-based cannabis publication Candid Chronicle also posted their own story, which mentions some questionable practices from the SDPD.

BREAKING NEWS! A popular San Diego sesh has been raided tonight. @ganjagalaxy has been the benchmark of local cannabis seshes. The most recent location known as Queen Bees at 3925 Ohio St, in North Park was disrupted by SDPD and other authorities. The event has been known to host cannabis lovers who enjoy live music, dabs, and affordable flower and other cannabis products. Events like these are well received by locals " I think it gives patients access to the products directly, no middle man (licensed storefronts) or price markups. The events also allow us to get together with other patients to share our likes, dislikes and tips for medicating. If friends can get together at the bar, we should be able to do the same" says an unnamed attendee. It has been reported, by people at the venue, that SDPD issued multiple misdemeanor citations. According to multiple sources, people were forced to their cars for police to check for additional cannabis products and if found, the police impounded the vehicles. As of January 9, 2019 cannabis events have been prohibited without proper local and state permits. Very large amounts of cannabis and cannabis products were confiscated and two men were taken into custody. 📰 @kushy_kitty #sandiego #northpark #raid #police #prop215 #prop64 #thursday #thc #hemp #cbd #woke #wakeandbake #update #potheadsociety #cannabis #cannabisculture #cannabiscommunity #420 #710 #sesh #watchout #news #619 #losangeles #mj #vape #smoke #ganja #weedthenews #candidchronicle

According to Candid Chronicle’s post, SDPD “forced attendees and vendors to surrender electronics and submit their vehicles to additional searches with the threat of impound upon the discovery of other cannabis products inside.”

Wait, can they do that?

As it turns out, maybe not.

As a skeptic by nature, something about that raises a few flags for me. I’ve seen enough TV cop shows to know that police can’t just hold people or search their property without probable cause. It could be argued that they had probable cause to search people just because they were at the event, but even the most inept lawyer could poke some reasonable doubt holes in that argument.

The cops can’t just come in and look around thanks to a little thing called the Fourth Amendment. It states:

The right of the people to be secure in their persons, houses, papers, and effects, against unreasonable searches and seizures, shall not be violated, and no Warrants shall issue, but upon probable cause, supported by Oath or affirmation, and particularly describing the place to be searched, and the persons or things to be seized.

In other words, it protects us from cops just coming in and rooting around our stuff for no good reason. If they come in with a warrant signed by a judge, they have good reason and are within their legal right to search your stuff.

What If They Don’t Have a Warrant?

Could the SDPD meet all those criteria for every search they conducted? I highly doubt it. According to a witness who wishes to remain anonymous, cops could be overheard discussing how they generally don’t return confiscated money to vendors, even though the law requires confiscated money to be returned.

As cannabis becomes more and more legal and accepted in society, it’s price goes up. The state taxes it, then the counties tax it, then the cities tax it, until many of those who need it can’t afford it. When it becomes federally legal, you can be sure Uncle Sam will want his share, too. Money-hungry investors who see only dollar signs, not people, will want to control it and drive its price through the roof (remember “Pharma Bro” Martin Shkreli?).

Medical cannabis patients go to places like Ganja Galaxy, because they know where their product is coming from. The vendors get to know the patients, and vice versa, and you can bet if one patient gets a bad product, everyone will know about it. These are people just trying to help others get relief they’re looking for. According to NBC7’s story, when asked if he knew why he was being arrested, Beefe’s only reply was, “I just like to save lives.”

As the media spins this into a drugs, guns, and money story, they ignore the real story. Were there complaints, as the police say their were? Maybe. Was it worth harassing attendees the way they did? Definitely not. I don’t know if Ganja Galaxy will continue, but I hope it does. The San Diego cannabis community will miss their chill vibe, and cannabis patients will miss the ability to get quality products without paying exorbitant taxes.