Yikes, Woman Gets Swept Away With O.B. Pier Debris 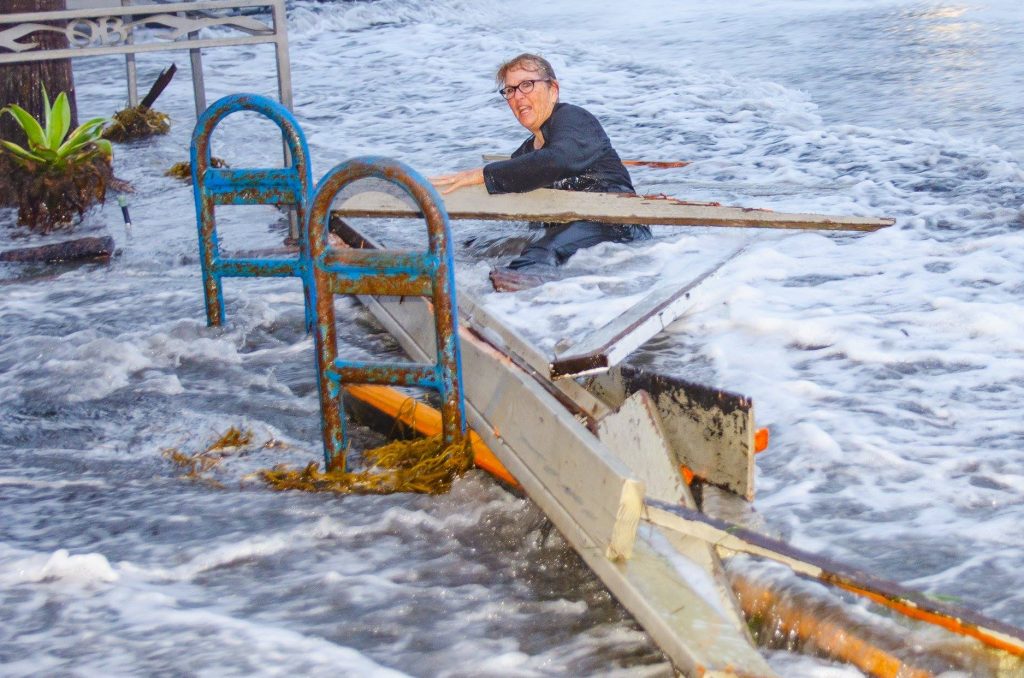 During the latest high surf advisory in San Diego, a poor woman was swept away with debris from the O.B. Pier.

According to KGTV, the incident happened Friday at around 6:45 a.m.  As a crowd formed to watch the big surf at Newport Avenue and Abbott Street, the high tide sent water and wood crashing through the sea wall and onto city streets. As a result, several witnesses were swept off their feet and flushed down Newport Avenue.

Jim Grant of Green Flash & Beach Photography captured the harrowing photographs and told KGTV: “This big set came in, and I backpedaled. All of a sudden the water came over the wall and everyone started to run. I’m running, and she runs. When she gets across the street, she gets taken out. Her feet just come out from underneath her.”

Thankfully, Grant was able to come to the woman’s aid and other than a minor cut to her forehead, she is A. OK.  However, the same can’t be said for the O.B. Pier which took an absolute beating.

Sadly, the pier was significantly damaged from the surf and the future of the iconic Walking on Water Cafe on the Ocean Beach Pier remains uncertain at this time.

Restaurant owner Chuck Fisher told KNSD: “It’s superficial more than structural so I am hoping and praying it shouldn’t take that long.”

The high surf advisory remains in effect this weekend. Be careful out there.