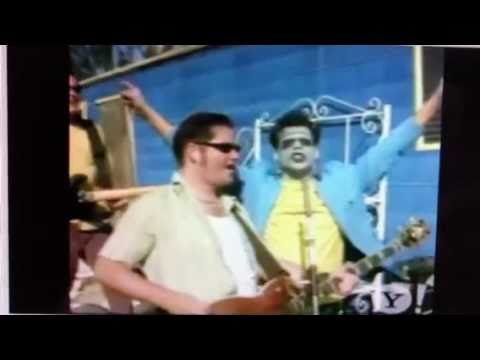 In honor of the milestone, the city of San Diego officially proclaimed January 14, 2019, as “Casbah’s 30th Anniversary Day.”  In observance, The Casbah is hosting a month-long celebration of reunion shows / local music showcases with veteran San Diego bands including Pinback, Three Mile Pilot, Louis XIV, Transfer, The Dragons, and many more.

However, noticeably missing from the festivities, Michael “Stimy” Steinman of the 90s band Inch. A beloved San Diego musician, Stimy died of heart disease on December 30, 2010.  He was living in Reno, Nevada at the time.

Able to light up any room with his affable personality, Steinman forged his way onto the San Diego music scene as the lead singer of Sub Society, a punk band he formed in the mid-80’s at University City High School.  In 1990, the band released a four-song seven inch record called Ice Man and achieved notoriety after being featured in H-Street skateboarding videos.

Following the release of 1996’s DOT Class “C,” the band toured North America and Europe playing the side stage of the traveling Lollapalooza tour.  That same year, the song “For Duty and Humanity” was featured in the 1996 movie “Flirting with Disaster.”

“I didn’t want to just float by. I wanted something I could keep forever.”

In 1999, Inch, now a three piece, went on hiatus with Steinman, a prolific indie artist, forming Lakeside Orchestra and Congress of the Cow, his second band to receive a San Diego Music Award.

Stimy would later join Colorado-based band Harvey Knuckles — the last band he was in before his passing at 38 years old. While Stimy’s bold, larger-than-life presence is undoubtedly missing from the Casbah 30 celebrations, his influence and memory is forever etched into the San Diego music scene. After all, his guitar is mounted on the wall of legendary San Diego bar, Livewire, where he used to bartend.