The Who’s Next Farewell Tour 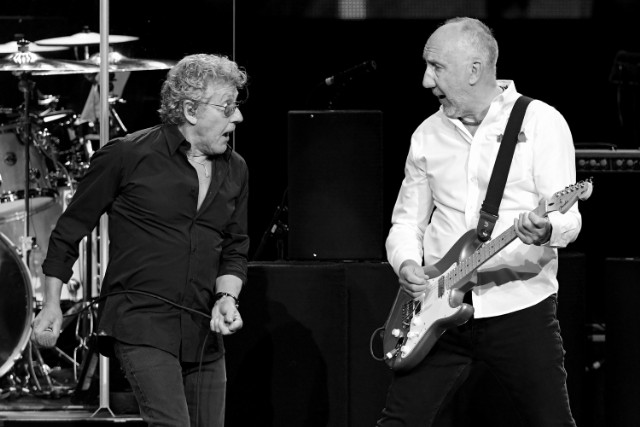 Following in the footsteps of classic rockers Paul McCartney, The Stones, and Queen, The Who will embark on a (final?) North American tour in 2019.

The band’s Moving On! tour will send frontman Roger Daltrey and guitarist / songwriter Pete Townshend on a 29-city jaunt backed by a symphonic orchestra, stopping in San Diego, October 16th at Viejas Arena at SDSU.​​​​​​​

Roger Daltrey, hinting that it could be his last tour, says: “Be aware Who fans! That just because it’s the Who with an orchestra, in no way will it compromise the way Pete and I deliver our music. This will be full throttle Who with horns and bells on.”

The tour is the Who’s first return to the states since their 2017 Las Vegas residency. The Who touring lineup will include Townshend’s brother, guitarist/backup singer Simon Townshend, keyboardist Loren Gold, bassist Jon Button and drummer Zak Starkey.

In addition to the tour, the band will release a new album.  Details are sparse, but Townshend, 73, said via statement it will include “dark ballads, heavy rock stuff, experimental electronica, sampled stuff and Who-ish tunes that began with a guitar that goes yanga-dang.”  Expect it by the end of the year.