Where To Ice Skate In San Diego 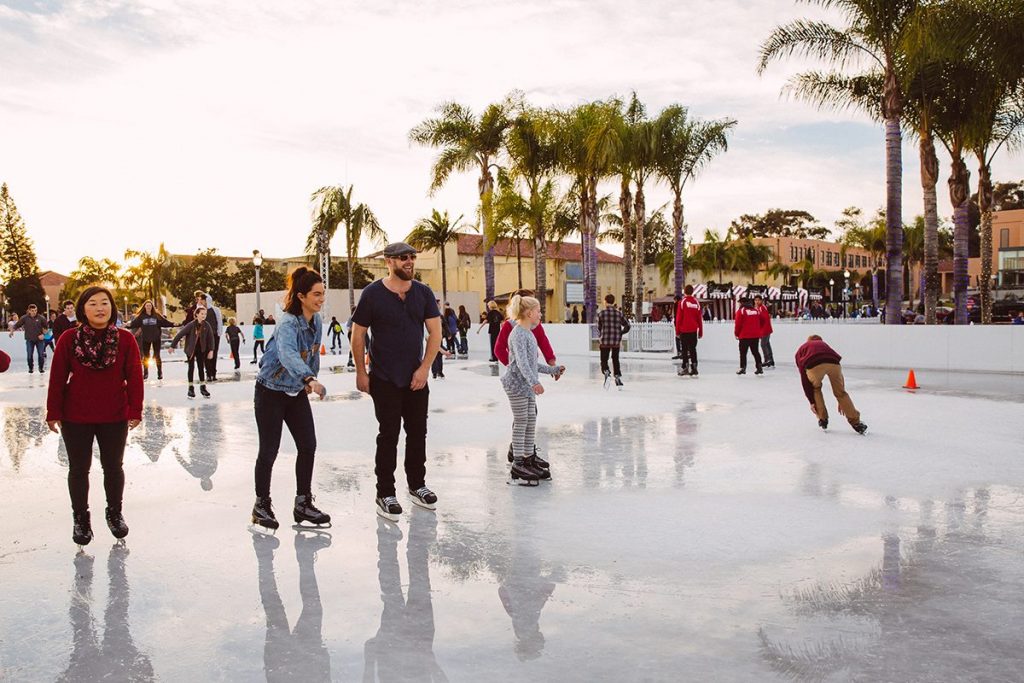 Are you looking where to ice skate in San Diego?  We got yew.  Sure, SD lacks the cold weather to freeze Lake Murray, however, we have plenty of places to get your shred on the ice. Head to the Del and skate with an epic view of the ocean. The rink opens November 23 and the last skate day is January 1. It’s costly to skate at $30 per person, which includes the skate rental. The rink is open until 9 PM. The Hilton San Diego Bayfront hotel is hosting its second Holiday By the Bay Celebration. From November 24 to January 1, you can skate and enjoy the view of the San Diego Bay. Admission is $20 for adults and $15 for kids and gets you the skates and 90 minutes of shred time.

Shop and skate til you drop at the UTC ice arena. Open skate hours vary by the day, so call before you head over. Bonus: they’re open Christmas day. Viejas turns itself into a winter wonderland every winter with Southern California’s largest outdoor skating rink. Admission to their rink is $14 for kids and $16 for adults and gets you the skates and 90s minutes on the ice. Ice-Plex offers open free skating every day of the week and also has classes from beginner skills to hockey lessons to broomball to figure skating classes. Plus, Friday nights are only $5 bucks. YEW! Another rink boasting open public skating as well as lessons and group activities, San Diego Ice Arena is not a place to miss out for practicing your skills, learning skating skills or even having a party (they have a mascot called Ice Qub and a DJ.) This rink is one of the homes of the San Diego Gulls and they often practice there….and occasionally they open their practices to public viewing and the team often host a program to teach you to skate. How cool would it be to learn to skate from a Gulls hockey player? Their rinks are open for public skating most afternoons.