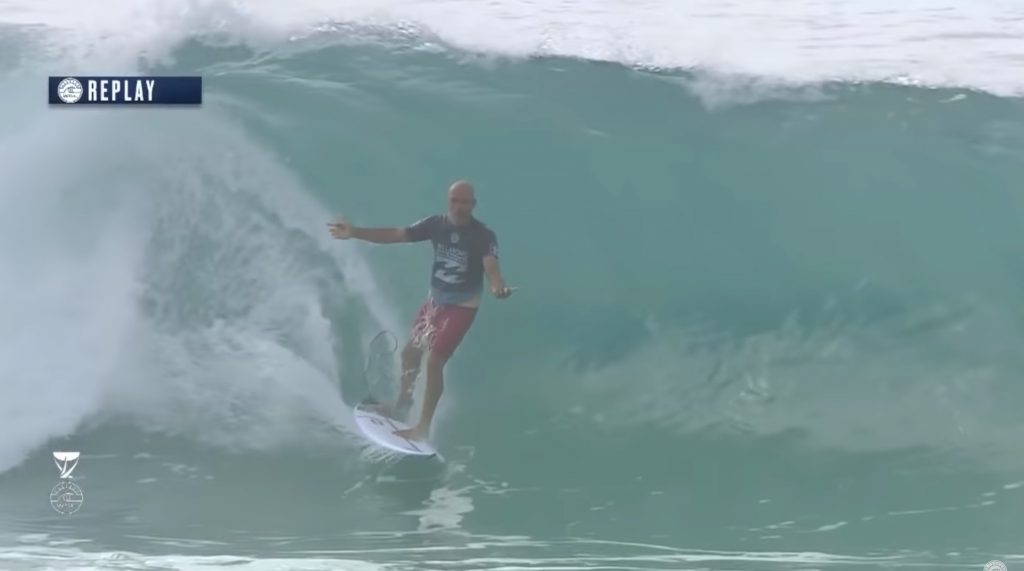 Who the f#ck falls off his board in a barrel, body surfs on his back, flips over onto to board, and pops back up to make it out of the barrel?

Even though Gabriel Medina won the 2018 Billabong Pipe Masters in Hawai’i, people are still talking about round three, when Slater was knocked off his board mid-barrel and somehow managed to regain control and finish the wave.

Even Slater appeared to be awestruck by the move.