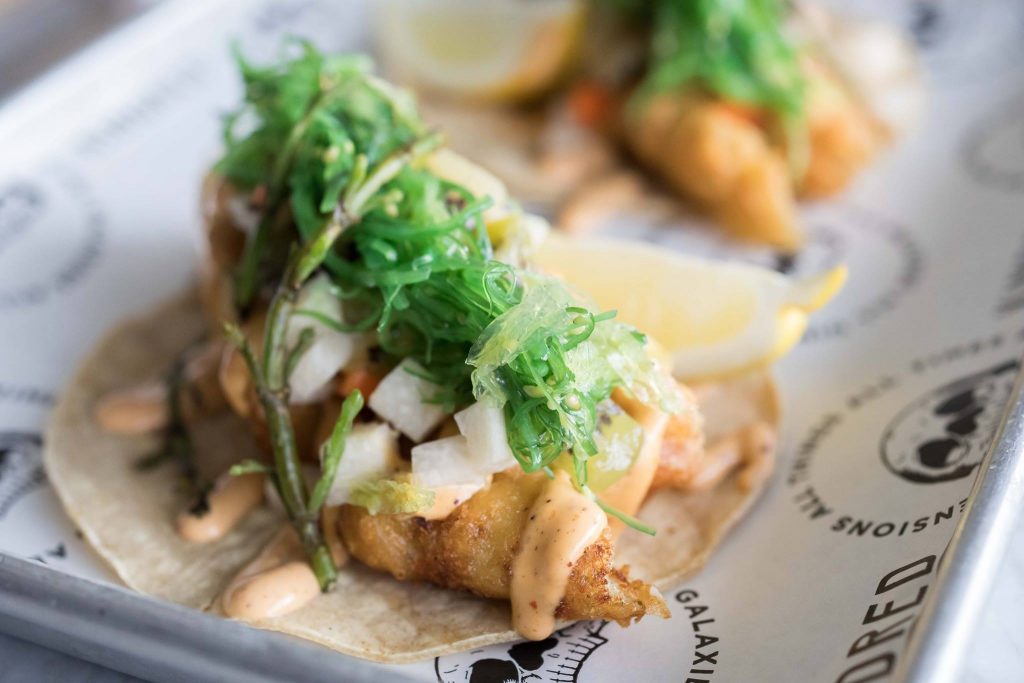 Because Taco Tuesday doesn’t have to be meat, we’ve got YEW, our plant-based homie, covered with some of the best vegan tacos in San Diego. One of the most popular vegan spots in San Diego, Kindred in South Park also makes a hell of a taco. Their beer battered palm tacos incorporate a unique mix of seaweed salad, chile de árbol crema, jicama salsa, grilled corn and cilantro “butter”. Just the thought makes our mouths water. There’s also a huge selection of cocktails to pair with your meal, so what’s not to love? For vegan steak or fish tacos, Loving Hut is the place to go. Avocado, onion, cilantro, fresh corn tortillas, soy protein. They have all right ingredients and they get the ratio perfect every time. In addition to all the delicious food, Loving Hut also sells locally-made goods and fresh bakery items. They have locations in Mira Mesa and North Park. Another vegan café, Peace Pies, has locations in both Encinitas and Ocean Beach. This spot has all kinds of surprising vegan options (magical mango curry? loving lasagna?) but we’re here to tell you about their Voltaire Street tacos. They’re delicious. Made of walnut meat, fresh guac, salsa, zucchini and surprisingly delicious “cheez”; the best part is that you won’t feel guilty for having three (or five…)!