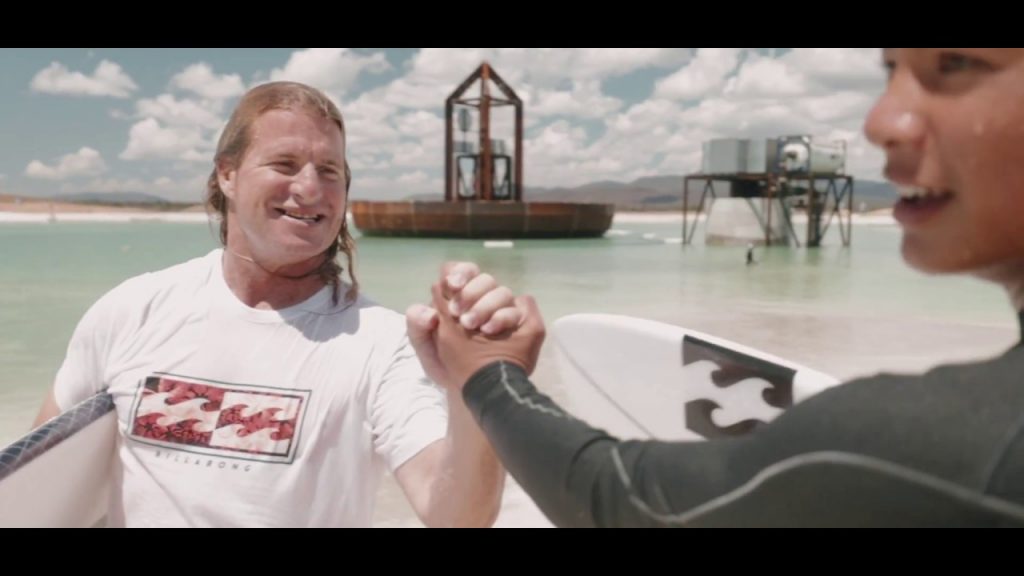 Resembling a giant electric plunger, the 5 Waves prototype facility produced multiple waves simultaneously around the lake.  While the surf was terribly small, the stoke was huge — as you will see in the above video.