New World Record For The Longest Wave Surfed By A Female 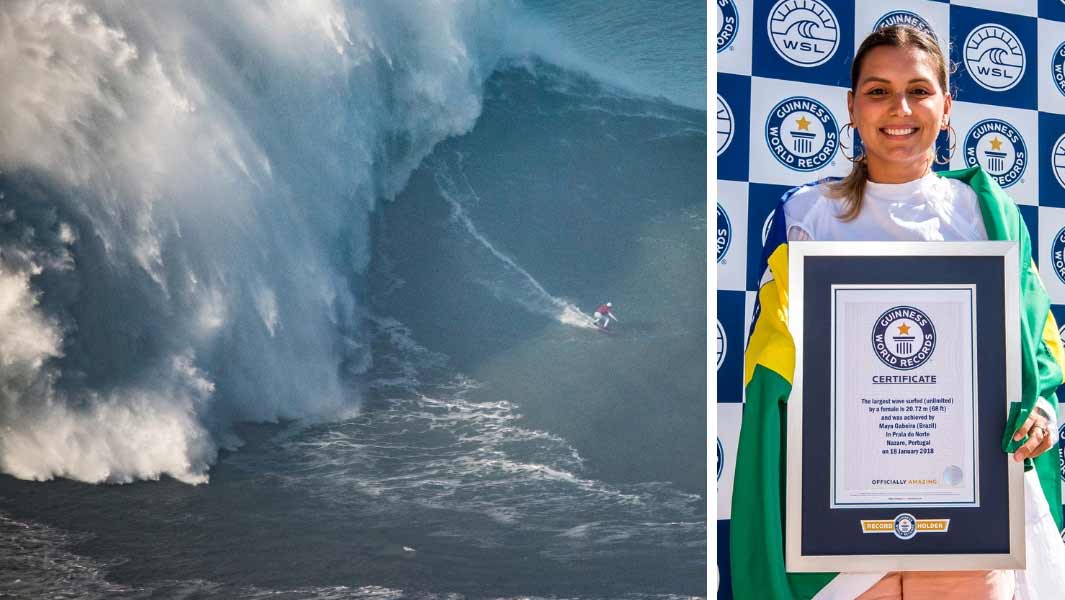 In an impressive move, 31 year old Brazilian Maya Gabeira broke the women’s world record for the longest wave surfed by a female at 20.72 metres, or roughly 68 feet, at Praia do Norte in Nazaré, Portugal, on 18 January 2018.

Claiming the World Surf League’s (WSL) and Guinness World Records inaugural Women’s XXL Biggest Wave Award, Gabeira said “to set the world record has been a dream of mine for many years, but of course, after the accident in Nazaré 2013 [when she was knocked unconscious and nearly drowned], it felt like a very distant dream.  She continued “it took a lot of work to have a season like last year, to be 100% again; and to complete it with a Guinness World Records title is quite special.”