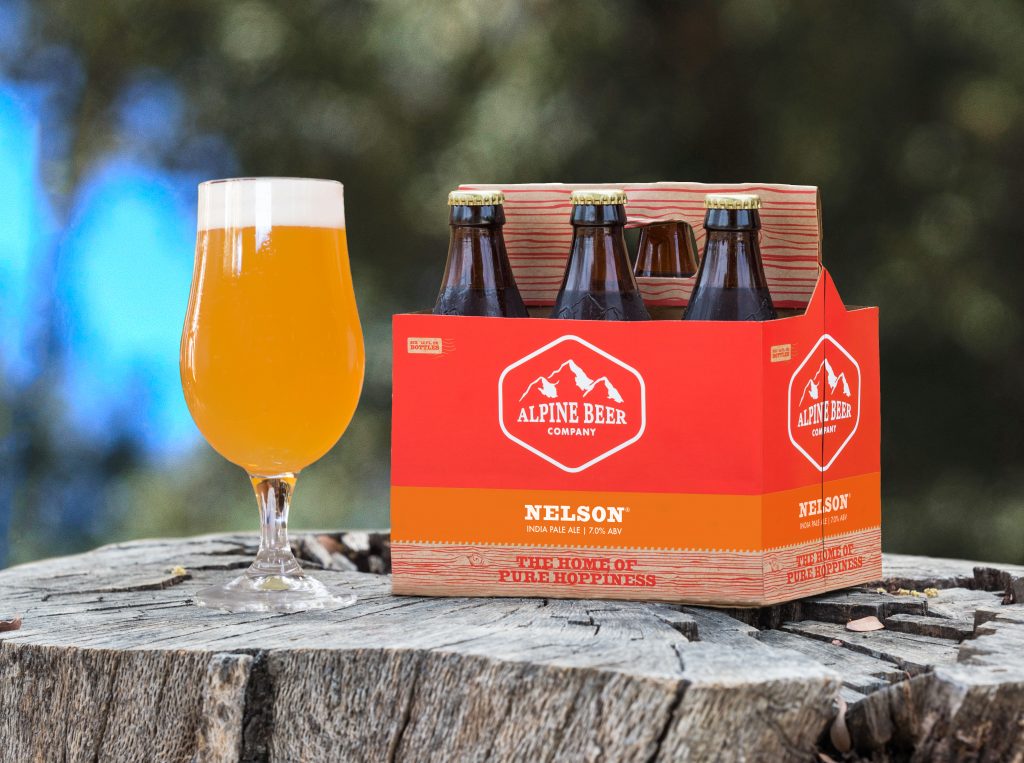 Alpine Beer Company’s most popular and exclusive IPA, Nelson is hitting shelves in 12 oz. six-pack bottles and on draft in eight states; Arizona, California, Colorado, Hawaii, Nebraska, Nevada, Texas and Utah. To kick off this legendary release, Nelson will be on draft at the Alpine Beer Company Pub and Tasting Room beginning Sept. 7.

“Nelson is often imitated, but there’s nothing like the original. It’s Nelson or nothing,” said Shawn McIlhenney, Head Brewer at Alpine Beer Company. “Until now, we’ve only offered very limited releases of Nelson in our tasting room and around town, so I’m really excited that now even more people can enjoy one of my favorite IPAs.” Nelson (7.0 % AVB) is named after Nelson Sauvin, an outstanding hop varietal from New Zealand. Hops are introduced throughout the brewing and dry-hopping of this complex and well-balanced IPA. A hazy straw hued ale, Nelson is topped by bright white beer foam and offers a tropical hop aroma. The pine and fruity hop notes linger, but are well-balanced by the smooth, malty addition of European rye malts. Nelson’s fans describe the beer as a stunning and multifaceted yet mellow IPA.

The release of six-pack bottles, of one of the craft beer industry’s most highly sought-after IPAs will make Nelson more accessible; However due to the limited supply of New Zealand hops harvested each year, Nelson will not be available year-round.

Additional details will be shared at www.alpinebeerco.com