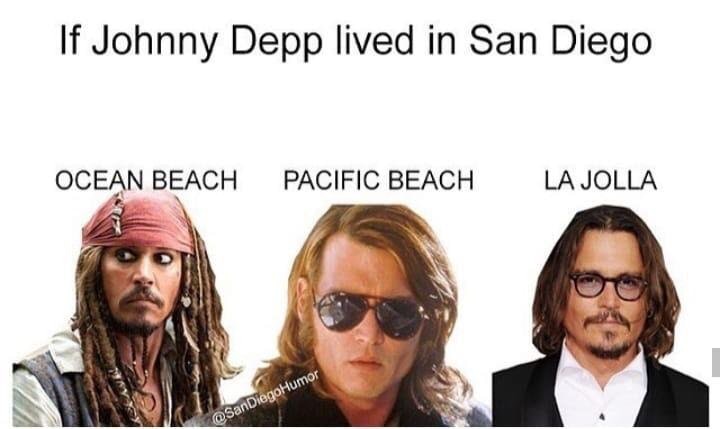 If Johnny Depp lived in San Diego, what would he look like? That’s the theme of a series of new memes circulating the interweb and featuring the versatile actor tagged with scores of community stereotypes.

First, as seen above, the funny folks at @sandiegohumor showed Depp representing Ocean Beach, Pacific Beach, and La Jolla. Then, reddit San Diego got a hold of it, and the thread produced even more memes, including these gems from user AbeLincoln30.