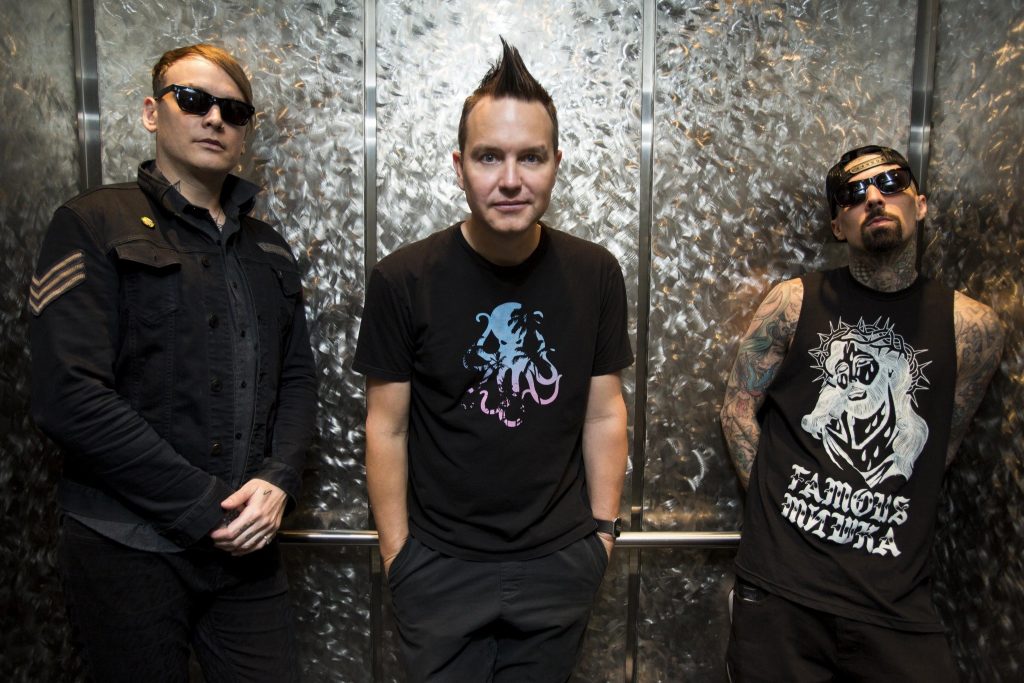 Surf, sun, and now blink-182 completes the line-up for the inaugural Surf Ranch Pro presented by Hurley. Per the World Surf League (WSL,) blink-182 will perform Saturday evening, September 8, at Surf Ranch in Lemoore, Calif., during Stop No. 8 on the WSL Championship Tour (CT), which runs September 6 – 9.

“We have played a lot of cool interesting places but nothing quite like this,” said blink-182. “We look forward to playing for the best of the surf community in such an epic location.”

A longtime favorite of surf fans, blink has sold over 50 million albums worldwide, playing for sold-out audiences from Adelaide to Zurich, and now for the first time, in front of the most perfect man-made wave on the planet, as the headlining act for the Surf Ranch Pro.

Full event general admission packages (Friday – Sunday) start at $199 for adults. Daily passes are $99 each. VIP passes are also available at $499 for the full event. Please note fans must either purchase a VIP pass, a general admission Saturday pass or general admission full event pass to access the blink-182 concert. There are no concert-only tickets available. For current ticket holders (VIP, GA Full Event or GA Saturday), there is no additional charge to attend the concert.

Grom tickets are available at a discounted rate and all proceeds from grom ticket purchases will be donated to PURE, WSL’s ocean health initiative. Up the ante and enjoy a VIP experience that includes an exclusive VIP viewing deck, elevated food options and an open bar for $499.

Grab a group and share a private cabana for a memorable experience. Contact ticketing@worldsurfleague.com to coordinate Cabana packages. For more information and to purchase tickets, visit: http://www.wslsurfranchpro.com.

About Surf Ranch:  One hundred miles inland in Lemoore, Calif., Surf Ranch has captured the world’s attention as the best man-made wave in history: a 700-yard, high-performance, bi-directional wave featuring barrel, maneuver and air sections. In 2016, the World Surf League (WSL) purchased Surf Ranch and the Kelly Slater Wave System as it realized the potential for transforming competitive surfing events. Built primarily as a prototype testing facility, Surf Ranch Lemoore continues to refine the wave’s versatility to challenge both the world’s best surfers during elite WSL events and in high performance training sessions, as well as igniting the stoke and soul with passionate amateur surfers.

About WSL: The World Surf League (WSL) is dedicated to celebrating the world’s best surfing on the world’s best waves through a variety of best-in-class audience platforms. The League, headquartered in Santa Monica, is a global sport with regional offices in Australasia, Africa, North America, South America, Hawaii, Japan and Europe.

The WSL has been championing the world’s best surfing since 1976, annually running in excess of 180 global events across the Men’s and Women’s Championship Tours, the Big Wave Tour, Qualifying Series, Junior and Longboard Championships, as well as the WSL Big Wave Awards. The League possesses a deep appreciation for the sport’s rich heritage while promoting progression, innovation and performance at the highest levels, and in doing so crowns the undisputed world champions in Men’s, Women’s across all divisions within the tour.