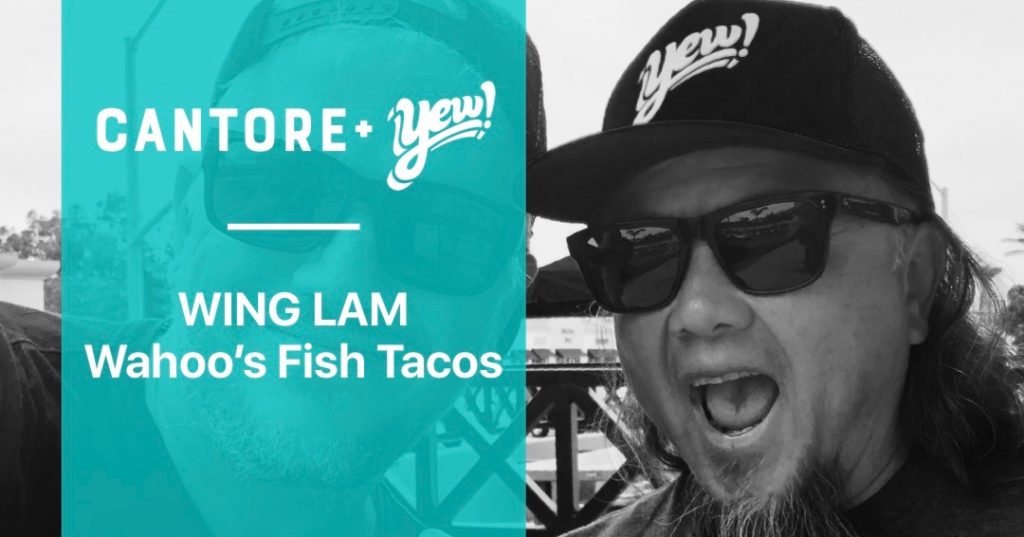 As the eldest of the three founding brothers Ed and Mingo Lee, Wing Lam co- founded Wahoo’s Fish Taco in 1988 and has nearly 40 years of experience in the restaurant industry. Wahoo’s Fish Taco, headquartered in Orange County, California, is celebrating its 30th anniversary this year. Lam a Chinese immigrant, spent his childhood in Sao Paulo, Brazil, before he moved to Costa Mesa. In 1970, Lam’s father, Cheong Lee, opened a Chinese restaurant called Shanghai Pine Garden, which the family still owns, on Balboa Island. Wing and his brothers grew up speaking conversational Portuguese, Chinese, French, and Spanish fluent, but learned English by listening to customers in their family restaurant.

Lam, known today as the “ultimate wing man,” restauranteur, surfer, speaker and philanthropist joins Cantore to talk about surfing at Kelly Slater’s Surf Ranch, moving to So Cal from Brazil in the 70s, and starting Wahoo’s Fish Tacos with his younger brothers 30 years ago.

Cantore opens the show talking about a common thread that he’s noticed between his closest friends.

Cantore wants to know how Wing adjusted to life in Southern California after moving from Brazil in 1974, how he started Wahoo’s Fish Tacos in 1988, and why it’s hard to find good Chinese food in San Diego?!