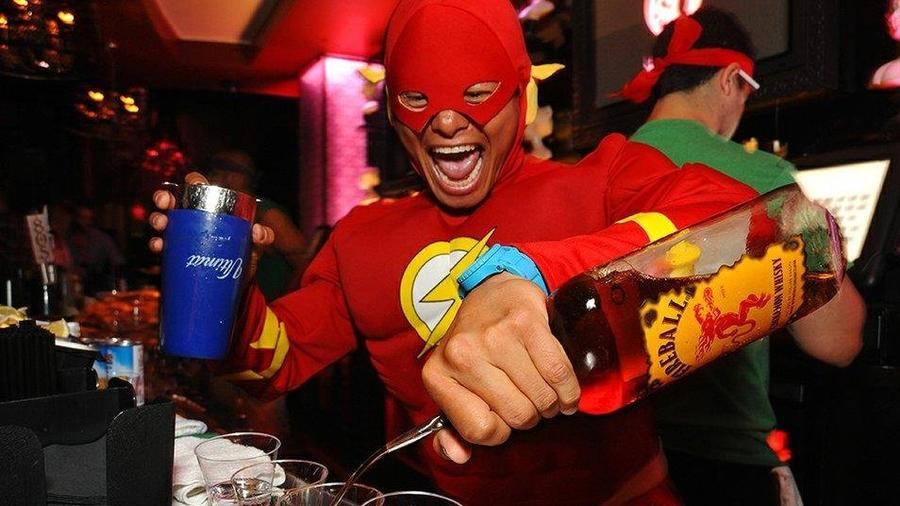 Holy shart, Batman, the Con kicks off next week and if you don’t have tickets to one of the biggest cultural gatherings in the world, no sweat, because there are plenty of on-site activations, cosplayers, and, more importantly, Comic-Con 2018 parties to check out, or crash. While NERD HQ and Heroes Brew Fest (sadly) won’t be returning, there are plenty of off-site after-parties happening in and around the Gaslamp area of San Diego.

Here’s an ever-growing list of Comic-Con parties (with help from The Hollywood Reporter.) Be sure to check back, yo.

• BIRCH AQUARIUM PRESENTS “ODDITIES.” Birch Aquarium in La Jolla launches a comic book-inspired exhibit, Oddities: Hidden Heroes of the Scripps Collections, on June 29. The exhibit will be open through SDCC. The aquarium is open daily from 9AM – 5PM.

• KEVIN WORKMAN FOUNDATION’S PREVIEW NIGHT UNDERGROUND KICK-OFF PARTY. Back for the third year, support local artists and join friends of the Kevin Workman Foundation at KAVA Lounge on Wednesday, July 18, to celebrate Comic-Con 2018. This event is 21+. Tickets are $15 and available on Picatic.

• READY PARTY ONE AT FLUXX. Nerds Like Us, Damn Good Shindig, Nerdbot, and The Flux Capacitors invite you to one of the biggest Comic Con 2018 parties at The Oasis at Fluxx Nightclub from 8pm to midnight.

• RAVE OF THRONES / KRISTIAN NAIRN DJ SET. Returning for the 3rd year, Kristian Nairn (AKA Hodor from Game of Thrones) brings his live DJ set to Omnia Nightclub. Tickets are $20 for general admission

• The Alpha After Dark Party with The Kraken Rum will also feature famed graphic artists Tom Hodges and Tony Parker, who will offer attendees the opportunity to receive personalized Kraken-inspired portraits. Fluxx Thursday, July 19, from 9pm to 1am.

• Robo Rhythm, hosted by Legendary Television, in partnership with Nerdist, will offer invite-only guests an evening that’s out of this world at Nerdist’s annual Comic-Con Industry Party. Oxford Social Club Invitation only.

• 4TH ANNUAL CHICANO-CON. Border X Brewing hosts their 4th Annual Chicano-Con from Friday through Sunday, 1PM to 8PM daily. This is a comic and music event that highlights the works of Latino artists.