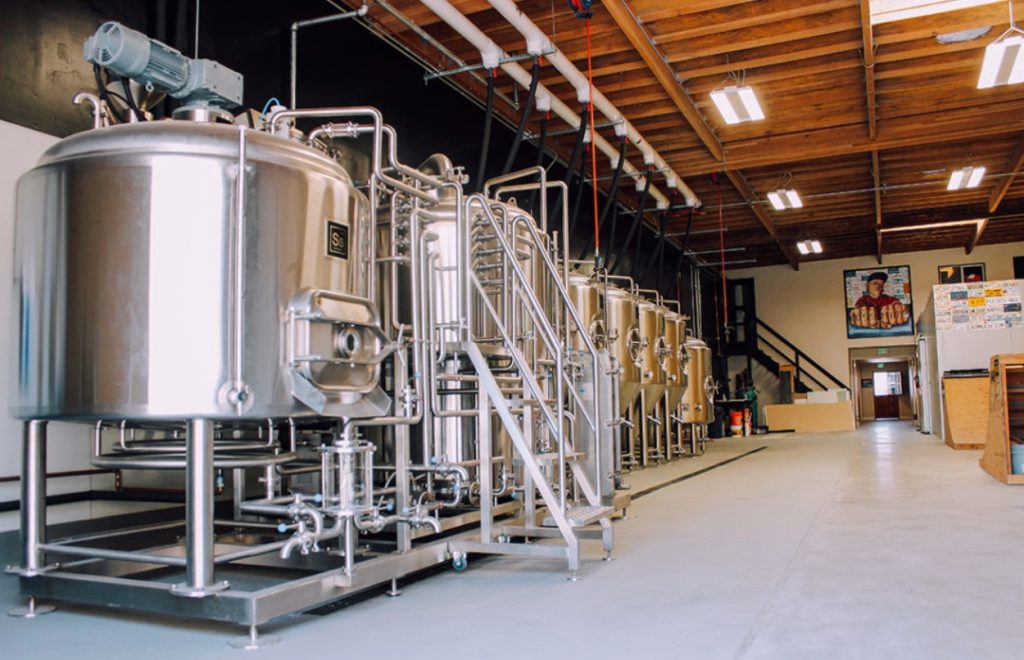 Hodad’s, home of the ‘world’s greatest burgers,’ will be the home of the world’s great burgers AND beers when the iconic burger joint opens Hodad’s Brewing Company later this summer. As reported by SanDiegoVille,  a 3,000-square-foot facility in the Murphy Canyon area of San Diego will home to a 10-barrel brewhouse and 60 barrel fermentation space (sans tasting room.)

Established by husband and wife Byron and Virginia Hardin, Hodad’s has been slinging epic burgers to generations of San Diegans (and tourists) since 1973.  Following the deaths of the Hardin co-founders, their son, Mike “BOSSMAN” Hardin, took over operations in 1989. The affable BOSSMAN moved Hodad’s to its current location on Newport Avenue in Ocean Beach, and later expanded to Petco Park and downtown San Diego on the corner of 10th Avenue and Broadway.

After decades of profound success, sadly, Mike Hardin died in 2015 and, like his parents, left the restaurant to his children, Shane and Lexi. A mural of BOSSMAN is displayed the new brewery.

Joining the Hardin kids on this new brew adventure is head brewer, Marlow Myrmo, a former Hodad’s restaurant manager who’s been homebrewing in O.B. since 2013. Shane Hardin told the West Coaster, “it all happened very naturally. Between our two restaurants and our five spots in Petco Park, we sell a lot of beer, so why not make our own?”

Needless to say, if the beer is anything like the burgers (and Bossman’s legacy,) expect nothing less than world class.