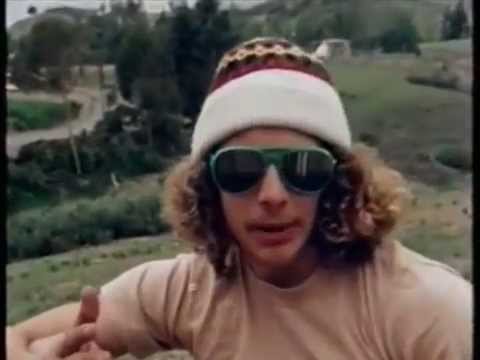 In 1978, a British TV show, ‘The World About Us,’ profiled the Southern California skate scene in a 59 minute documentary entitled Skateboard Kings.  While intended to be semi-serious, you can’t avoid finding humor in an opening narrative that says “if you’re young, male and you live in the city, how do you prove yourself in the most materially comfortable country on earth?  How do you show courage, daring, skill, strength? How do you prove you’re a man? If you’re a Masai Tribesman in Africa you kill a lion. If you’re an Aborigine boy, you go on walkabout, if you live in Dogtown, Los Angeles you ride a skateboard.”

An inside look at skateboarding in the late ’70s, the sun-soaked PBS-style documentary interviews parents, kids, and industry players while showcasing early pioneers Tony Alva, Ray Flores, Shogo Kubo, Stacy Peralta, Billy Yeron, Paul Constantineau, Jerry Valdez and Kent Senatore and other members of the Dogtown crew. Aside from some of its cheesiness, there’s epic footage from skate parks (Skatopia,) pool draining /skating, and the life and times of early skateboarders.

Take the time to watch and enjoy the entire documentary, Skateboard Kings, above.