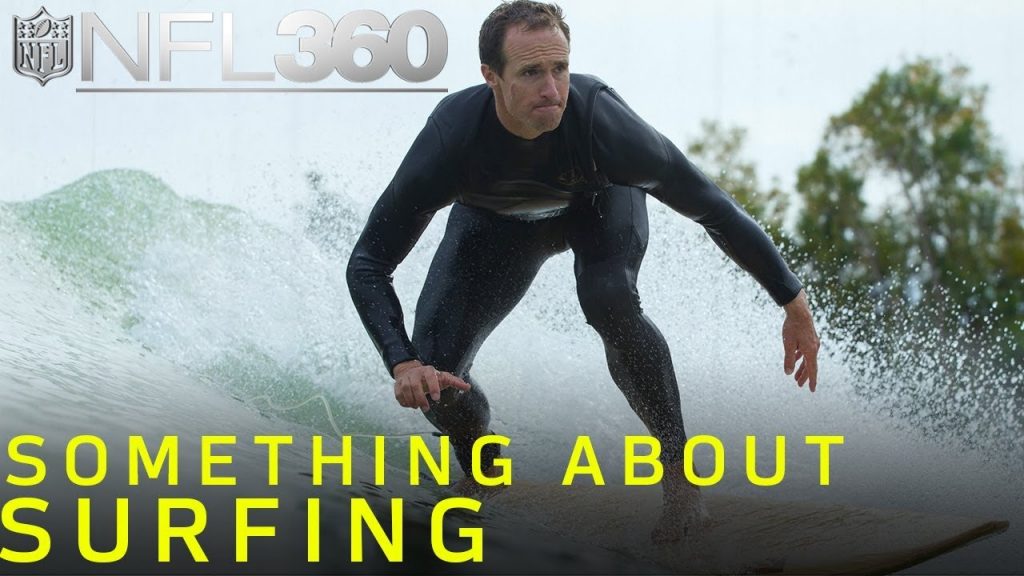 In the above video, posted by NFL Films, former San Diego Chargers / current New Orleans Saints quarterback Drew Brees says of surfing “it’s like on the football field, you take hit after hit after hit and you get absolutely thrashed, and after you get rolled a couple of those times and you figure, all right, I better make a couple adjustments here.”

While surfing does deliver its fair share of knocks, Brees couldn’t have had a breezier setup between the clean, pristine wave and coaching tips from world champion Kelly Slater.

“It was great to see his athletic mind go to work,” Slater said in the 4 minute video. “You could tell there was something clicking for him.”

However, the highlight wasn’t Brees on a board, but the NFL great tossing one to the king mid-wave. Mental.