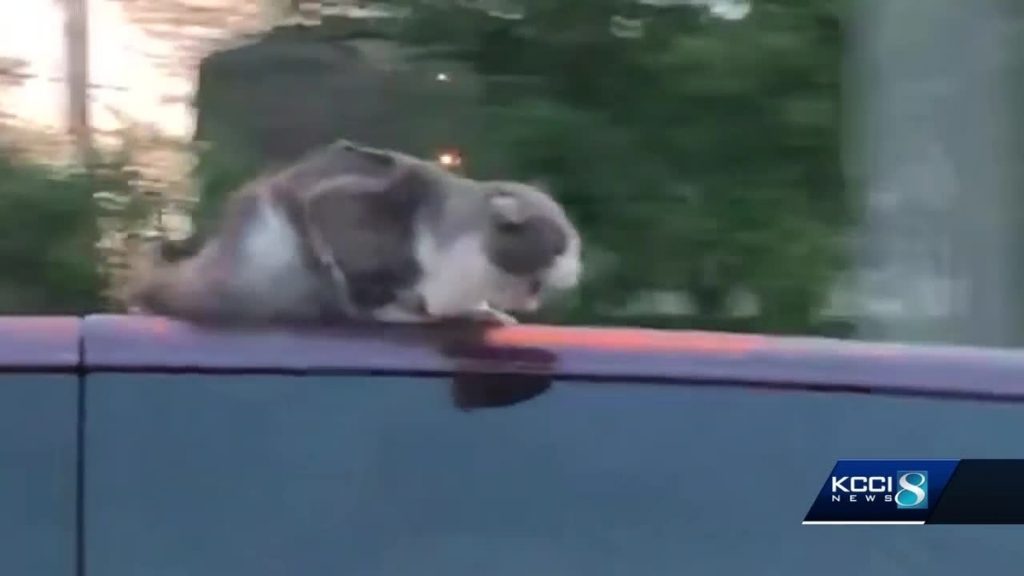 If you haven’t seen it yet, a crazy video shot by a family in Omaha, Nebraska shows a van surfing cat ripping down the freeway at 60 miles per hour. Since the incident, the extreme cat has been identified — appropriately named “Rebel” — and its owner, Michelle Criger, told KETV news that Rebel was hanging on the roof of her minivan for two miles before anyone noticed.

Unharmed during the incident, Criger told KETV “when I got him off the roof of the van, he wasn’t scared at all, he wasn’t shaking, heart racing, nothing. We were more scared than him.”

?UPDATE: “Rebel,” yes, that’s the curious cat’s name, had no injuries, and as many may have hoped, the van belonged to his owner. So he’s back home and back to being rebellious. ? #catonvan #ketvcat #iskittyok #rebelthecat pic.twitter.com/hYMKYSeiRe

Needless to say, Rebel used up one of his nine lives.