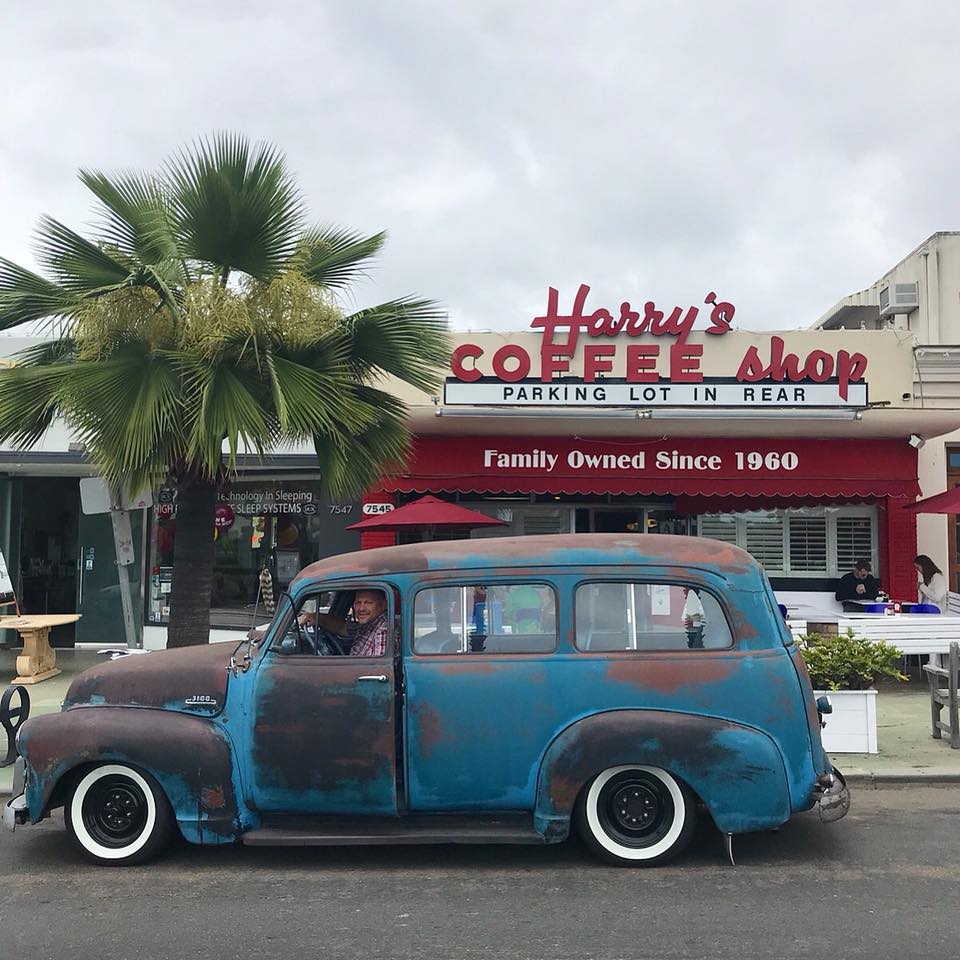 The last time you visited a diner, you probably didn’t make much of an effort — jeans, t-shirt and ballcap — you just showed up, didn’t need a reservation. And when you left, you probably felt just a little more American than when you arrived.

That’s why it is important that publications like THRILLIST research and publish top lists for dining establishments of all shapes and sizes — but most importantly that they feature diners.

And it is very cool that Harry’s Coffee Shop in La Jolla was named to the 21 Best Diners in America list in late April. Click here to read more.

Founded by Brooklyn-born Harry J. Rudolph, Jr. in 1960 after he followed his beloved Brooklyn Dodgers out West, he and his wife, Catherine, opened the joint modeled after the restaurants he knew and loved in the Big Apple.

These days, the Harry’s Coffee Shop features friendly atmosphere with a touch of nostalgia. The Rudolph family (including the three brothers who now run the shop) still sling the all-day breakfast, American classics and mixes it up with creative coffee offerings.

Now obviously, there are a ton of great coffee shops in San Diego. What’s your favorite?