‘Are those waves glowing?’ Red tide returns to SD beaches 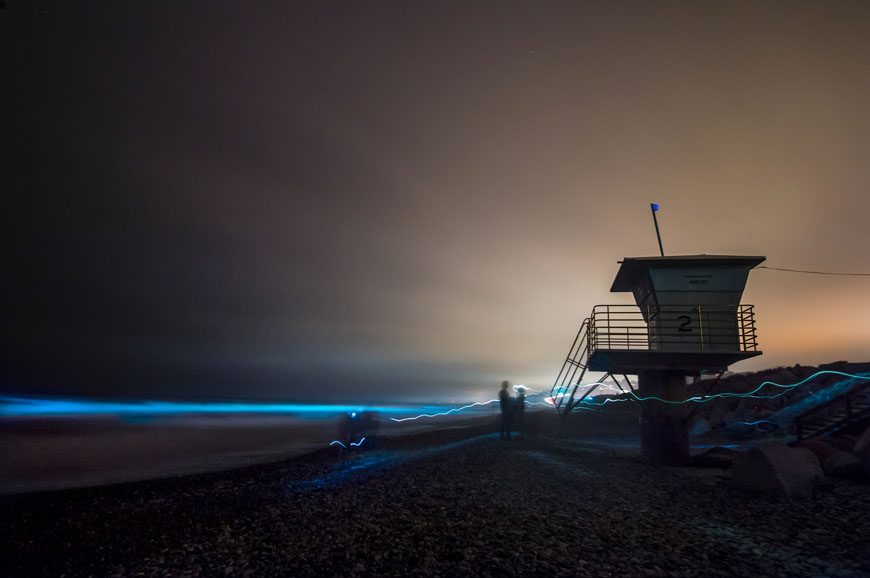 Glowing, blue-ish waves are crashing down on San Diego beaches from La Jolla to Encinitas, and if you want to catch a glimpse in person, grab a hoodie and start your search at least two hours after sunset.

According to Scripps Institution of Oceanography at the University of California San Diego scientists, they have no idea how to predict how long this red tide will last, but previous events (2011 and 2013) have lasted a week to a month, but can last even longer.

Scientists say the bioluminescent displays are “viewed best from a dark beach,” and even then, visibility isn’t guaranteed.

The red tide is due to the clustering of what are called dinoflagellates, including the Ceratium falcatiforme and the Lingulodinium polyedra. The last one mentioned is the culprit for the bioluminescent (or glowing) displays in waves or movement in the water.

If you’re thinking about swimming out to check out the gathering of the teeny, tiny organisms — which looks kind of red, or brown or purple, during the day and isn’t known to be toxic — some people are sensitive to red tide, so pay attention to how your body reacts, according to scientists.

As always, we at Yew! suggest always being respectful of life in the ocean.

Scripps says they don’t currently have a red tide monitoring program, but if you want to learn more about bioluminescence, visit the Infinity Cube bioluminescence art exhibit at Birch Aquarium at Scripps.