Wyld Stallyns To Reunite After 27 Years 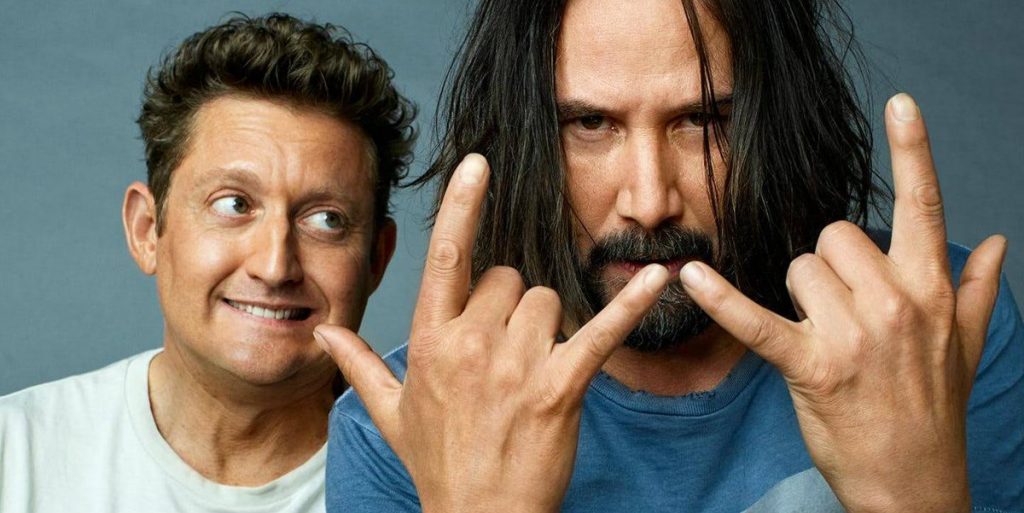 It’s official, after a 27 year hiatus, “Ted” Theodore Logan and “Bill” S. Preston Esq. have reformed Wyld Stallyns, sparking joy and surprise among fans. Regarded as the White Stripes of 80s hair metal, Wyld Stallyns are reuniting not for Coachella, but for Bill & Ted Face the Music, the third installment in the Bill and Ted film franchise. “We couldn’t be more excited to get the band back together again,” said Logan and Preston in a joint statement, “we haven’t done jack shit since our last bogus journey and its time to face the music.  This is excellent.”

we haven’t done jack shit since our last bogus journey

Long past their days as time-traveling teenagers in 1989’s Bill & Ted’s Excellent Adventure and 1991’s Bill & Ted’s Bogus Journey, the duo — weighed down by middle age and the responsibilities of family — will be joined by their daughters, new historical figures, and some of their music heroes on this forthcoming odyssey (reports The Hollywood Reporter.)

While facing the music, Wyld Stallyns hope to write the greatest song ever written (in an effort to save the world.) According to insiders, rehearsals have begun for this forthcoming journey, but, no opening dates have been set.

Sadly, former manager Rufus (#RIP) won’t be joining them for this adventure.