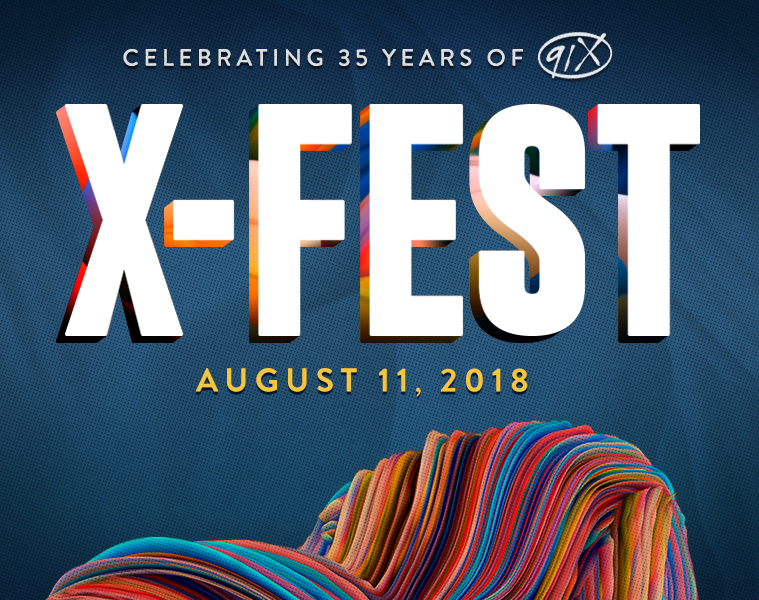 Celebrating 35 years (“damn, I feel old,”) San Diego alternative 91X just announced a rad X-Fest 2018 lineup that has Beck and Death Cab For Cutie co-headlining at the former Chargers practice field, next to SDCCU Stadium, Saturday August 11th. “To celebrate 35 years of 91X, we chose to curate an artist lineup for X-Fest 2018 that honors the past, lives in the present and looks to the future,” said 91X Program Director Garett Michaels.

Joining 91X veterans Beck — at the top of his game — and DCFC are dirty UK rockers The Struts, indie rockers Joywave, singer / songwriter Twin Shadow, and the awesome Meg Myers (with a new album due in July.)

Not to be forgotten, and representing the aforementioned nod to the future, Australian alt trio Mansionair and the epically awesome female punkers The Regrettes. So good.

Wanna go? Tickets for the 2018 X-Fest go on sale Friday at 10 a.m. at ticketmaster.com and by phone at (800) 745-3000. Priced at $56, plus service charges, a dollar from each ticket sold will be donated to the Inspired By Music Fund, which supports music education in San Diego.