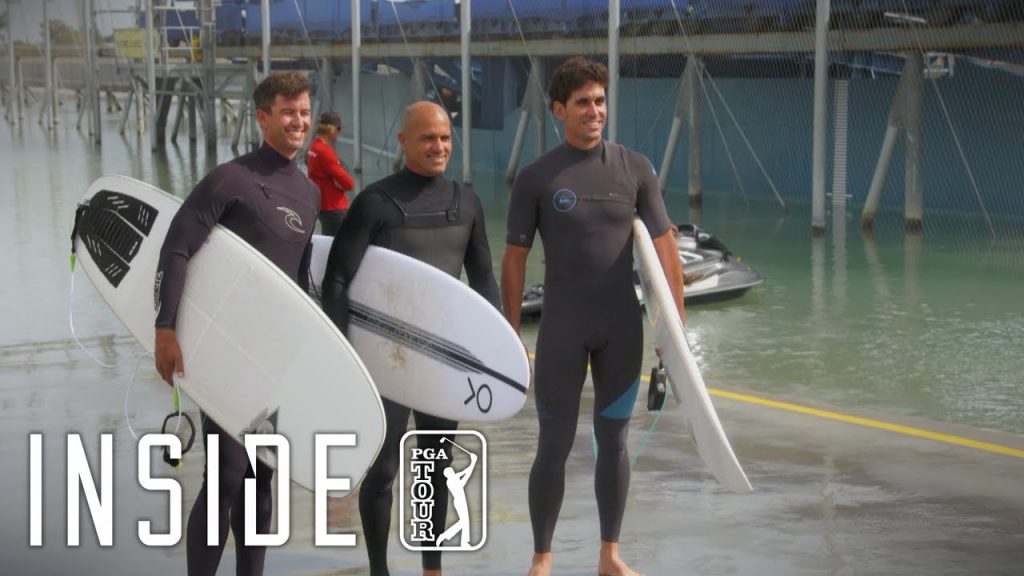 During an off week in the 2017-18 PGA TOUR Season, two PGA players — Spanish pro Rafael Cabrera-Bello and Australian Adam Scott — were invited to Kelly Slater’s surf ranch in Lemoore, California. While the same duo has taken Slater along to esteemed golf events, this was their first time hanging with the king on his home turf, or wave.

“I had seen videos of it [the Ranch] on YouTube,” Cabrera-Bello told WSL, “I was obviously very excited and also a bit nervous, because I trust my skills when I play golf, but obviously here I don’t want to make a clown out of myself.

While (obviously) better on the course than in the pool, no major kookage is seen in the above video. If anything, it gives the non-professional surfer an idea of what it would be like for a normal person to ride the Kelly’s wave. While that day is far off, you can check out the WSL Surf Ranch for yourself during the Founders’ Cup of Surfing May 5 – 6. Tickets available here.