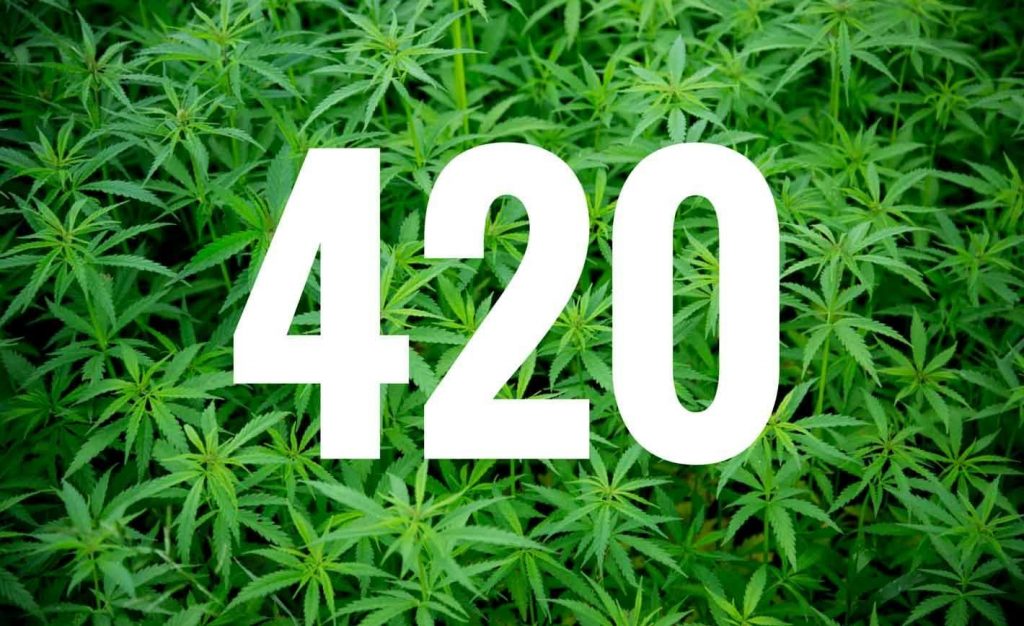 When it comes to the history of 420, first and foremost, “420” is NOT a police code for “Marijuana Smoking in Progress,” nor is it the day Bob Marley died or a reference to 420 distinct chemical compounds found in cannabis. All false statements. Instead, “420” —  an international counterculture holiday for potheads — was started between a group of high school students in 1970s California.

Steve Capper, Dave Reddix, Jeffrey Noel, Larry Schwartz, and Mark Gravich (pictured below,)  five homies in San Rafael who called themselves the Waldos because “their chosen hang-out spot was a wall outside the High School”, used the term in connection with a fall 1971 plan to meet up each day at 4:20 PM to look for weed abandoned by a U.S. Coast Guardsman — as legend had it.

While they never found the MYSTERY weed, they did secure a great time to meet up after school and get stoned.

“I could walk up to the Waldos, and I’d go, ‘420,’ and it was like mental telepathy. They would know if I was saying, ‘Are you stoned? Do I look stoned? Do you have any? Do you want to go off and get stoned?’,” Capper told the Reno Journal-Gazette. “You could say ten different things by saying 420 and it was just mutually understood all the time.”

In later years, the Waldos favorite band (and neighbors,) The Grateful Dead, helped spread the 420 word across America.  At a Dead show in 1990, a High Times magazine reporter received a flier referring to smoking “420” on April 20 at 4:20 p.m. After publishing the handout in an issue of the magazine, the 420 code spread like a joint at a Slightly Stoopid concert. From this point forward, “420” became synonymous with marijuana appearing in music, movies (Pulp Fiction) and pop culture — thanks to some stoners from San Rafael High.

And that … is the History of 420. Class Dismissed.