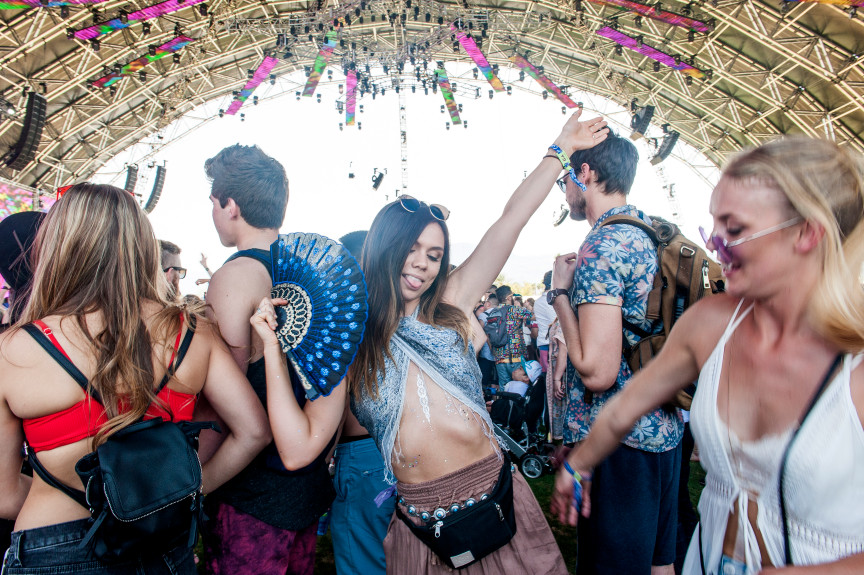 Sure, Saturday (Apr. 14,) the 19th annual Coachella Valley Music and Arts Festival in Indio, California, was dedicated to Beyoncé, headlining a year after she canceled to have twins, but, the queen of Coachella wasn’t the only must-see act of the day.  In fact, hidden in a sea of rappers and DJs, there were some veritable yew-worthy highlights from Coachella 2018, recognized as the country’s most prestigious music festival.

TASH SULTANA, performing Wednesday at The Observatory North Park, is a young, dynamic artist making waves and selling out shows worldwide.  Hailing from Melbourne, Australia, and playing guitar since she was three years old, the singer, songwriter, multi-instrumentalist, and YouTube sensation absolutely owned the stage during her Coachella debut.

While a Talking Heads reunion is unlikely as a The Smiths getting back together, David Byrne delivered a Heads-heavy set Saturday and it was glorious. Performing the songs  “This Must Be The Place (Naive Melody),” “Once In A Lifetime,” “The Great Curve,” and “Burning Down The House,”  barefoot Byrne was joined onstage by an 11-piece marching group donning matching grey suits.  Too awesome.

Rock is not dead thanks to DIY post-punkers, Priests, from Washington D.C. After gaining traction last year with its album Nothing Feels Natural, the  female-fronted outfit blew minds in the desert with their high-energy, riotous performance.

The first act of Saturday, legends Nile Rodgers and Chic turned the main stage into a dance party in the hot desert sun. Kicking the good times off with early singles “Dance Dance Dance” and “I Want Your Love,” Rodgers and company segued into a hit-machine of classics including  Diana Ross’ “I’m Coming Out” and Sister Sledge’s “We Are Family,” and Daft Punk’s “Get Lucky.”

Thanking Coachella “for letting me be the first black woman to headline,” the world’s most popular / powerful female artist reunited Destiny’s Child — Kelly Rowland and Michelle Williams — to perform a special medley of classics “Lose My Breath,” “Say My Name” and “Soldier” to a crowd of 125,000 attendees. Also, earlier in her career defining set, she was joined by hubby JAY-Z for a duet on “Déjà Vu.” Or, it that Déjà YEW!?